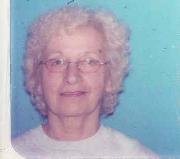 Mary C. (Smith) Church, age 64 died on Wednesday, March 16, 2005 at her home in Phillipsburg. She was born in New Brunswick, was raised in Berkeley Heights and had lived in Las Vegas and Clearwater, FL before moving to Phillipsburg. Mrs. Church was a Licensed Practical Nurse at the Genesis Elder Care Network in Phillipsburg. She enjoyed decorating and gardening and playing outside with her grandson. Mrs. Church was predeceased by her son, Walter Von Ronne, Jr. in 1986. She is survived by her son, Paul Von Ronne of Phillipsburg; her grandson, Richard P. Von Ronne; her brother Fred Smith; her sister, Shirley Smith. Viewing will be Monday, March 21, 2005 from 10 to 11 am and funeral services to follow immediately after at Higgins Home for Funerals, 752 Mountain Blvd. Watchung. Interment will be at Somerset Hills Memorial Park, Basking Ridge.