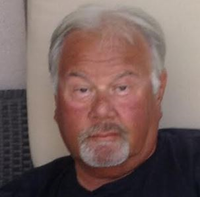 Peter Marrese of Berkeley Heights aged 67 passed away on Friday September 27th 2019 surrounded by his family at Overlook Hospital in Summit after a brief illness. Born in Vallata, Italy, Peter had moved to Newark NJ at the age of six. He later moved to Irvington and then Union before settling in Berkeley Heights in 1990 where he raised his family.

Peter was employed for most of his career at Peerless Beverage Co. in Union. In the years prior to retirement, he also served as the Shop Steward for the Teamsters local at Peerless.

After his retirement, Peter began collecting antique firearms, he was particularly interested in pieces from the Civil War period. He was an avid sports fan; his two favorite teams were the Dallas Cowboys and the New York Yankees. He also loved fishing, cooking and traveling but most of all he loved spending time with his family. He will be missed by all.

Peter is predeceased by his parents Nicola and Giovanna (Tanga) Marrese and a brother Alfonso.

The visitation will be held on Thursday, October 3rd, 2019 from 4:00 pm to 8:00 pm at Higgins Home for Funerals 752 Mountain Blvd. Watchung NJ. A Funeral Service will be held on Friday, Oct 4th at 11:00 am at the Funeral Home. Cremation services are private. For a complete obituary please visit www.higginsfuneralhome.com