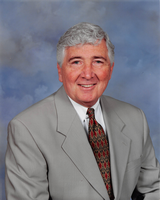 He was a founding partner of McDonough, Murray and Korn early in his career. Joseph also was a solo practitioner, specializing in Land Use and Zoning and Estate Planning. Most recently Joseph practiced law at Schiller, Pittenger & Galvin, P.C., in Scotch Plains for ten years until his retirement in 2015.

Joseph was a long-time active communicant of Our Lady of the Mount RC Church in Warren. He was a lector at the church for over three decades.

He was an avid sports fan who loved watching football and baseball most notably, his beloved NY  Yankees. Joseph enjoyed cooking, gardening, photography and spending time with his family.

Flowers are welcome. Memorial donations in Joseph’s loving memory may be made to a charity of choice.