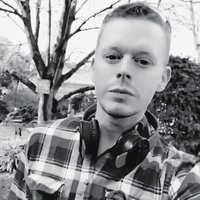 It is with great sadness that we announce Michael Ryan Woskey passed away on June 22, 2020 in Bridgewater, NJ at the age of 37. He was born April 26, 1983 in Plainfield, NJ to Michael and Kathy Woskey. He was a loving son, brother, uncle and friend to all whose lives he touched. Michael graduated from Gill St. Bernard’s School and then went on to pursue higher education at the University of Washington, Raritan Valley Community College, Rutgers University, and Seton Hall. His diverse reach for various majors revealed his great thirst for knowledge. One shining example of his knack for learning was his ability to speak multiple languages, including Spanish, which he was fluent in. To say that Michael had a big personality would be an understatement to his larger than life attitude. Michael wasn’t just a person - he was an experience. For his entire adult existence, Michael made sure that his energy and presence was felt in any room he was in. His voice was as loud as his fashion and hair styles. He prided himself on his unique individuality. If you told him to go left, he would go right just to prove to you that he made his own rules. That was one of the many things that made him so special. Michael had a profoundly deep love for animals that developed soon after high school. For many years he was employed as a veterinary technician at numerous animal hospitals around New Jersey. He genuinely cared about the well-being of the pets of his friends and family, and he always made an effort to check in on how their four-legged best friends were doing. He leaves behind his beloved chihuahua, Foxy, whose lavish doggy lifestyle is a perfect example of how much Michael cared about animals. There is no doubt that Michael has left a lasting impression on all the lives he has touched. After living in various corners of the US and constantly changing direction on his wild adventure he called life, Michael sure did cement his name and legacy in every town he resided in, and with every person he met. He is truly unforgettable and will be greatly missed. Michael is survived by his mother and father Kathy and Michael, his siblings Tara, Heather, and Matthew, Heather’s husband Craig, his nephew Carter, and his dog Foxy. He is predeceased by Richard and Doris Kennedy As an expression of sympathy, the family suggests sending memorial contributions to Old Friends Senior Dog Sanctuary or the Samaritan Homeless Interim Program (SHIP). Links to both organizations can be found to the left of this obituary. A public visitation will be held Sunday, June 28, 2020 at Higgins Home for Funerals, 752 Mountain Blvd, Watchung, NJ from 3:00 pm to 6:00 pm. Funeral services are private.