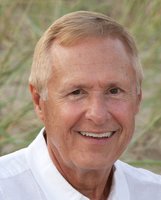 Terence “Terry” Lee Seese, 72, of Warren, NJ, passed away on October 11, 2020, at home after a long and courageous battle with cancer. Terry was born in East Stroudsburg, PA, to Dawson and Charlotte Seese on August 25, 1948. He graduated from East Stroudsburg High School and Penn State University, and held an MBA from Fairleigh Dickinson University. He began his career at Bell Labs as an analyst, working his way through the ranks and retiring as an officer with Lucent Technologies. After retirement, Terry continued to work in his own consulting business. He enjoyed playing golf, traveling, and spending time with family and friends. He especially loved the company of his wonderful grandchildren who filled his days with light and happiness. Throughout his life, Terry brought true meaning to the words honesty and integrity. He brought laughter and joy into every room. Terry is survived by his wife, Allyn, of 48 years; brother, Thomas Seese, and wife, Budd Louise; sister-in-law, Lisa McElwain; son, Jeffrey Seese, and husband, Travis Patton; daughter, Jennifer, and husband, Aaron Daley; grandchildren, Annabelle and John Daley; and numerous nieces and nephews. He is preceded in death by his parents. Due to COVID restrictions, a private service will be held at Higgins Home for Funerals on Saturday, October 17th at 11am. The family will be live streaming the service and welcomes guests to celebrate Terry’s life by joining the stream or sharing memories at HigginsFuneralHome.com. An in person celebration of his life will be held at a later date when all can travel safely.