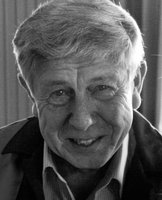 Joseph John Matyas April 3, 1938 – January 10, 2021 Joe Matyas, of Basking Ridge, NJ, was nowhere near ready to go. But COVID-19 had a different idea. Those who knew him well understand that he fought with all his Hungarian might to the bitter end, and take comfort in imagining his ultimate surrender to a big bold neon sign for a casino that would never let him lose. The youngest son of Veronica (nee Szarjas) and John Matyas (originally Matyasecz) was born in Newark, New Jersey. He remained “Jersey Strong” for all of his 82 years and was proud to have redeemed coupons at every supermarket throughout the entire Garden State. While Joe attended Seton Hall, he began working at Bilkays Express Company for what became a career of over four decades, defined by determination and devotion. In fact, he was so resolute to do better by his family that he took on a second job at Motor Club Insurance Company. Being a true Jersey Boy, Joe dearly enjoyed summers at the shore with his three beloved daughters. He also relished Florida vacations so much that only one bathroom break was allowed during the day-long road trip south. Joe worked towards offering the best opportunities possible for his children. His girls fondly remember accompanying their dad to the Academy of St. Elizabeth’s “Father Daughter Dance.” And as each of them danced their way into adulthood, they could look back to their father’s value of education and work ethic as a catalyst for their emergence as strong, successful women. Joe’s superpower was being as practical as they come. But being practical was also being thoughtful. Joe was the first to pitch in to fix a plumbing issue or paint a bedroom for his sister-in-law and nieces. He always ensured family members had a full tank of gas before departing his home, even if he had to put a dollar’s worth in. He traveled to family, friends and even strangers with coolers filled with weeks’ worth of groceries. This was Joe’s way of spreading love and joy. Joe and wife Barbara dearly enjoyed time with their children, nieces, nephews and grandchildren. They never hesitated to spend long hours in the car to attend a Little League game, a concert, an art opening, a restaurant where they could “treat the kids to dinner” or a living room where they could hear the voices of those for whom they cared. During their 31 years of marriage, Joe and Barbara spent each winter vacationing on the warm, sunny beaches of Aruba, where they should have been this very week that Joe left this world. Joe was predeceased by his sister Rose and brothers George, John, Casper (Gaza) and Fred. Joe is survived by his wife Barbara Kukura Matyas, daughters and their spouses: Kristin and Brian Bewick, Sharon Matyas and Lisa Sadowski, Elena Matyas and Doug Forbes; step-daughter Cathy and husband Patrick Curham and former wife Diane Redfield. Joe “Pop” Matyas was exceptionally proud of grandsons Joseph and Wyatt Matyas and adored by granddaughters Roxie Forbes (who tragically predeceased him) and Safira Rodriguez. His loving nieces, nephews and godchildren will miss their Uncle Joe. A service will be held at Gate of Heaven in East Hanover, NJ on January 13. Joe’s family is arranging a virtual celebration of his life. Please contact Elena Matyas for more details, elenamatyas@yahoo.com. In lieu of flowers, please honor Joe by helping those in his community impacted by food insecurity and donate to The Food Bank Network of Somerset County, http://www.somersetfoodbank.org.