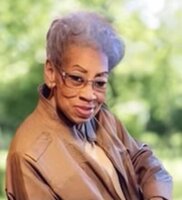 She was preceded in death by her husband, Albert E. Black, her brothers Richard, Robert, Louis, and Harry Griffin, her sister Van Griffin and her beloved daughter Deborah J. Thomas.

Jean graduated from Kearny High School in June 1948.  After their studies, she worked for Johnson and Johnson Ethicon for several years, and Novartis for eight years until her retirement.

In 1971 Jean wed Albert Black and from this union, they have a son Michael A. Black. She also had a daughter, Deborah Hilliard, from a previous marriage.  Jean also has a devoted daughter Anita Wilder of St. Louis, Missouri.  Jean was a devoted wife and mother who loved her children dearly.

Jean loved people in general.  She had many friends and acquaintances and loved children.  Jean enjoyed singing, swimming and visiting Atlantic City.   She was involved in many political activities and worked as a volunteer with the Plainfield City Council.  She loved and supported her community and was an active member of the Plainfield Senior Center where she was prominently engaged in the Grandparents Club. When not working in community service Jean found time to take many trips with her “Traveling Girlfriends” group. Jean comes from a very close and tight-knit family and deeply loved her brothers, sister, children and grandchildren.

She leaves many loved ones to cherish her memory, including her son Michael Black of Piscataway, NJ, who loved his mother unconditionally and cared for her faithfully during her illness; daughter Anita Wilder of St. Louis, Mo, who was forever devoted and at her side at the drop of a hat; one loving sister Dorothy Jackson of Plainfield, NJ; her niece June Johnson of Cape Coral, FL who cared for and cherished her as aunt and mother.  Jean also cherished and loved dearly her grandchildren, Elijah Black (Philadelphia, PA), Michelle Thomas and Jennifer Humphrey (Dallas, TX), Robin Witherspoon and Tiffany Childress (St Louis, MO.), She also treasured dearly her nieces Cheryl Jackson (Plainfield, NJ) and Beverly Griffin Cowart (Rolesville, North Carolina), and her great-niece Nia Jackson, Plainfield, NJ, for their loving care.  Jean’s great-grandson, Elijah Jr., (Philadelphia, Pa), and great-granddaughter Heaven, (Dallas, TX), were sincerely loved by Jean as were the many, many great-great-grandchildren in St. Louis, Mo.

There are other great-great-grandchildren, nieces, nephews, and numerous family members and friends who have touched her life in a special way.   Jean holds a special place in her heart for the Hilliard Family.