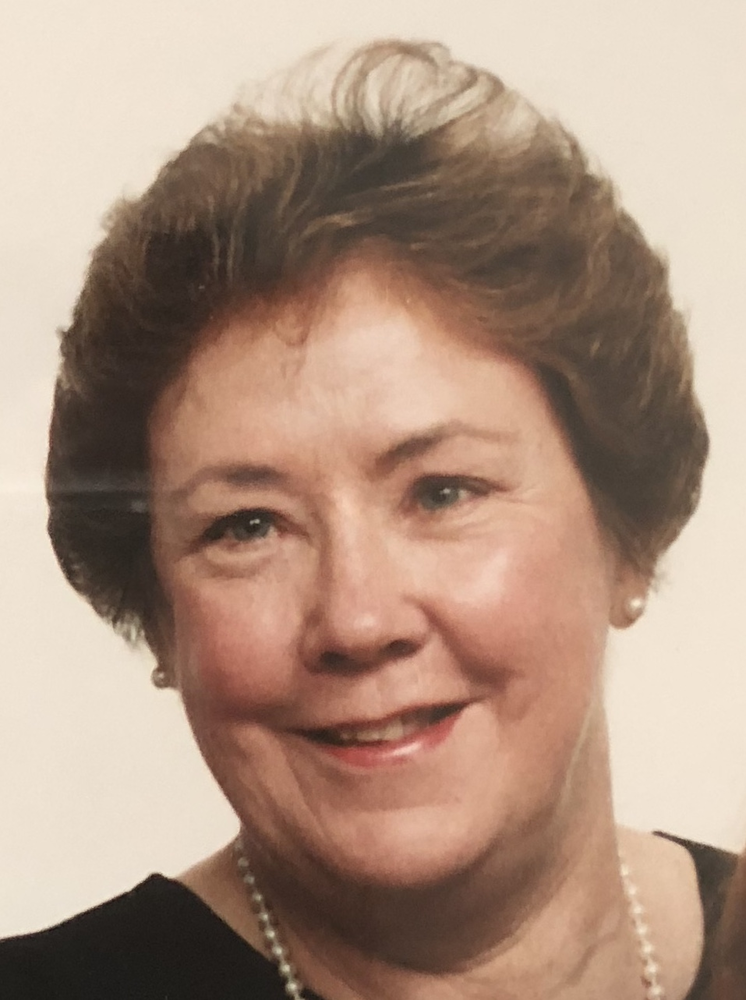 Judith Grace Lehmann Macor (81), passed away peacefully on October 25, 2019. She was born in Newark, NJ on April 6, 1938 to Grace (O’Hagan) Lehmann and Edgar Lehmann. The oldest of two daughters, Judy was raised in Newark along with her sister Ellen.  Both parents predeceased Judy.

She was a faithful member of the Roman Catholic Church and a long time parishioner of Our Lady of the Mount in Warren, where she served as a Eucharistic Minister. She attended Our Lady of Good Council in Newark and remained lifelong friends with several of her classmates, especially her dearest friend, Eileen Edgar. By the time she graduated, she was vice president of the Glee Club and the Catholic Youth Organization (CYO). She was “spotlighted” in the 1955 yearbook as the Snowball Queen-elect, an annual CYO event. She said she was “allergic” to homework, boring books, flashy clothes, and hillbilly music. At the time her ambition was to become a stenographer, but after graduation she took a job as a sales representative at New Jersey Bell Telephone Company on Broad Street in Newark, where her father also worked. There she also met her other lifelong friend, Anne Cobb. The pink princess “teen” telephone she shared with Ellen was courtesy of their father’s connections at NJ Bell. Thanks to her impressive people skills, Judy quickly worked her way up to a managerial position at the phone company.

Judy met the love of her life, George Stephen Macor, in the summer of 1959. George, from Union, was a mechanical engineering student at the University of Notre Dame. They began a long-distance relationship and became engaged after George’s graduation in 1961, when he went to work for Kearfott Corporation of the Astronautics Corporation of America. They were married in May, 1962 and Judy quickly learned to cheer on the Fighting Irish with George and their dear friends Marie and Bob Child and Larry McEvoy.

Judy and George lived in Bloomfield for 10 years and were active members of St. Thomas the Apostle Church. Over the years, they had three daughters: Ellen, Alison, and Elizabeth. They moved to Warren, NJ in 1974, where Judy lived until earlier this year.

In the 1980s, as their daughters began to enter high school and college, Judy returned to work full-time. Eventually she accepted a position in the research library at Bell Laboratories in Murray Hill, where she worked with scientists and researchers from all around the world. Her ability to help visitors to the library locate the documents they needed for their inventions and projects earned her the nickname “the Paper Queen.”

Judy took on the role of caregiver in December 1984, when George became ill with a very rare virus, Guillain-Barré Syndrome (GBS). Throughout George’s sudden illness and lengthy rehabilitation, Judy visited him every day after work and on weekends, all while being the sole parent on call for her daughters. Estelle and Robert Benson (also a GBS victim) had started a GBS support group, now grown to GBS/CIDP FOUNDATION INTERNATIONAL, which provided educational information not readily available in standard medical literature. Judy and George later served several years on its Board of Directors.

Judy and George were married for 56 years until George’s death in February 2018. Judy leaves her three daughters and their families, who were her world. Ellen Reilly and husband Thomas; Alison Macor and husband Paul Mitchell; Elizabeth Groupp and husband Jason. She was known as Grand Judy to her beloved grandchildren; Kiera Reilly, Gia Reilly and Phoebe Groupp and Thomas Reilly, Truman Mitchell and Eli Groupp. She also leaves her cherished sister, Ellen Lehmann Baker, her dear sister-in-law, Alida Macor and numerous nieces and nephews whom she loved.

In lieu of flowers, memorial contributions may be made to the Visiting Nurses Association (VNA) of Somerset Hills (www.visitingnurse.org), or GBS/CIDP Foundation International (www.gbs-cidp.org).

Cremation will be private followed by interment.

Share Your Memory of
Judith
Upload Your Memory View All Memories
Be the first to upload a memory!