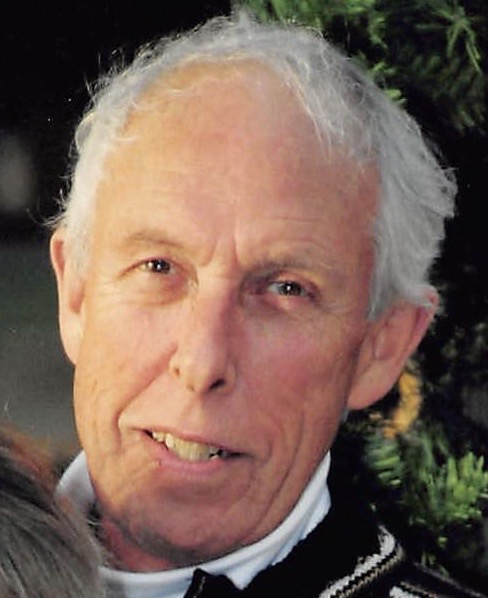 Jeffrey E. Dahl, age 76, passed away on November 6, 2019, at Morristown Medical Center in Morristown, NJ. Born and raised in Dawson, Minnesota, from 1942-1950, he then moved with his family to Edina, MN. Before relocating to the East Coast in 1981, Jeff lived in the suburbs of the Twin Cities of Minneapolis and St. Paul. He resided in Severna Park, MD 1981-1986, before settling in Warren, NJ from 1982-2019. He also enjoyed a second home in Windham, NY for a number of years.

Jeff was of Norwegian descent and enjoyed many Scandinavian traditions.

He loved to cook and would plan many delicious dinners to be enjoyed by candlelight with his family. He enjoyed cooking on outdoor grills and did so all year—as he would shovel a path to the grill if needed in the winter. Jeff had exceptional skills in culinary arts and made his house a home. Jeff loved holidays and would plan well ahead to be certain the family had all the ingredients for holiday meals, including Lefse, special Norwegian flatbread.

He was a hands-on dad with his children as they were growing up and continued to be interested in their lives and the lives of their children, his grandchildren.

Jeff's hands-on approach extended to cleaning, decorating, and shopping for anything related to the home, which he shared with his loving wife Michele.

Until a few years ago, Jeff enjoyed skiing on the East Coast, as well as in the Rocky Mountains. He was a pro on every slope! He was on the ski team while in school, and he specialized in ski jumping!

Jeff also loved to water ski on the beautiful Minnesota lakes, and had many stories about sailing on Lake Superior, especially as storms rolled in! He also enjoyed boating with his family on the Chesapeake Bay.

Jeff enjoyed theatre, which he studied in school. He valued higher education and enjoyed on and off-Broadway shows, especially Cats, which he saw many times, and In the Heights! Jeff had an announcer's voice and did a bit of radio advertising. He also had a beautiful singing voice. He listened to Classical Music and was especially fond of a Polonaise by Chopin. In NYC he attended concerts including those of Joshua Bell and Andrea Bocelli, and the St. Olaf (Minnesota) choir when the appeared on-tour at Carnegie Hall. In contrast, he covered his ears at a Brittany Spears concert in Las Vegas.

Jeff is remembered for his eloquence and elegance. He played the piano and for his 16th birthday, his parents gifted him with an organ which moved with him to each home throughout his life. He delighted family and friends with his renditions of any song they could name. Although he could read sheet music, in general, he played by ear. If Jeff heard it once, he could play the tune. His family was especially treated to Christmas carols and a special hymn at Easter, Christ the Lord is Risen Today!

Jeff followed various teams including the US Ski Team, the NJ Devils, the NY Jets, and the Minnesota Vikings. When it came to college football, he rooted for Navy and Notre Dame.

Jeff looked forward to unwinding after a busy day and would build a fire in a fireplace every night from mid-October until springtime. He looked out for his family pets, neighborhood cats, and liked to feed the ducks at the Watchung Lake.

He loved to travel to Windham, NY with his wife Michele, as well as abroad, as he was interested in many cultures and historical landmarks, as well as delicious cuisines to be savored internationally.

Jeff had a special interest and talent in sales and was a Sales Executive at Gotham Sales¸ a national closeout dealer, for over three decades. Jeff was the driving force behind the sales team. He managed and oversaw Gotham's overall sales strategy, and was responsible for implementing new ideas for Gotham's products. He considered his co-workers his extended family, and they reciprocated in kind.

Jeff loved hearing updates on all his children, their spouses, and his grandchildren. He especially enjoyed the video clips his children would send of the everyday happenings of the little ones. He would only want the best for all of his family.

Jeff loved the Lord and many of his favorite travel destinations overseas were a reflection of his faith. Jeff made a pilgrimage to the Holy Land with his wife Michele a few years ago, where they renewed their wedding vows at the Wedding Church at Cana in the Galilee. Jeffrey also visited the Vatican as well as devotional sites in Spain, Portugal and France. He was a life-long learner and could seemingly recall every detail of so many experiences, books, or business deals. This served him well when playing Jeopardy!

Jeffrey was predeceased by his father Morris (Buzz) Dahl in 1982, his mother Irene Togerson Dahl, in 2001 and his daughter Kristi Dahl in 2019.

A visitation will be held on Saturday, November 23, 2019, from 12-2 p.m. at Higgins Home for Funerals, 752 Mountain Blvd., Watchung, NJ followed by a 2 p.m. funeral service. Interment will be private.

Jeffrey Dahl was one of a kind. He was always supportive of his family, and he will be deeply missed and always loved, cherished, and admired by all those whose lives he touched.

Share Your Memory of
Jeffrey
Upload Your Memory View All Memories
Be the first to upload a memory!
Share A Memory
Send Flowers