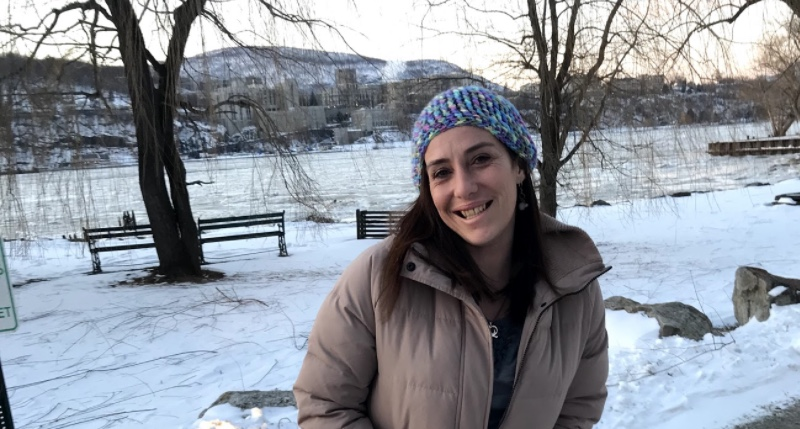 Kristi was born and raised in Minnesota. She moved with her family to the state of Maryland at the age of four, and later to New Jersey when she was nine years old.

Kristi loved God and her family, especially her three children, her daughters Braeden and Alexa, and her son Kyle. She also cared very deeply for her parents, Jeffrey and Michele Dahl, her brothers, Peter and Marcus Dahl and her sisters, Angela Dahl-Gratto and Pamela Bunnell as well as their spouses and children. Kristi loved her numerous nieces and nephews who live in New Jersey, in addition to her aunt, uncle, and cousins who reside in Minnesota. She was adored by all of her grandparents and was especially close to her maternal grandmother with whom she shared an extra special bond.

Kristi often read the Bible and would quote beloved passages. She had favorite prayers including the Hail Mary, and a childhood favorite, At Night, a poem which she would recite and teach to others. Kristi committed her life to Jesus and appreciated worship music. She sang in choirs. Kristi also liked show tunes, as well as hip-hop music. She was a talented performer, and often had leading roles in school plays, such as Miss Hannigan in Annie, and Mrs. Claus in the title role of Mrs. Claus saves Christmas! She relished musical theater including the Broadway productions of Les Miserable, Miss Saigon, and Wicked.

Kristi loved reading—she was a bookworm who devoured mysteries, thrillers, and memoirs. She also liked poetry and authored many verses of her own, while also keeping several journals.

Kristi enjoyed various TV shows and would remark about Game of Thrones and American Idol. And she made sure to keep up with the Kardashians!

Kristi was athletic and was an outstanding soccer player. She learned how to ski from her dad and was quite skillful on the slopes! They shared an enthusiasm for the mountains! She also picked up his flair for cooking, and “knew how to throw together a recipe and make it her own.”

She was a natural born leader and always had stories to share.

From an early age, Kristi made friends easily—and had numerous buddies who thought the world of her. She always made time for a friend, as she looked out for them, and they responded in kind. When Kristi was involved, it seemed like a party!

Kristi was highly-regarded due to her magnetic personality, and also her strong work ethic. This often led to increased responsibilities which she cheerfully accepted.

For her family, holding Kristi’s hand was a glimpse of heaven, and Kristi will be greatly missed for years and years to come by all who knew her.

A visitation will be held on Saturday, November 23, 2019, from 12-2 p.m. at Higgins Home for Funerals, 752 Mountain Blvd., Watchung, NJ followed by a 2 p.m. funeral service. Interment will be private.

Memorial donations may be made for Kristi's children to: Michele Dahl, PO Box 4113, Warren NJ 07059.

Share Your Memory of
Kristi
Upload Your Memory View All Memories
Be the first to upload a memory!
Share A Memory
Send Flowers