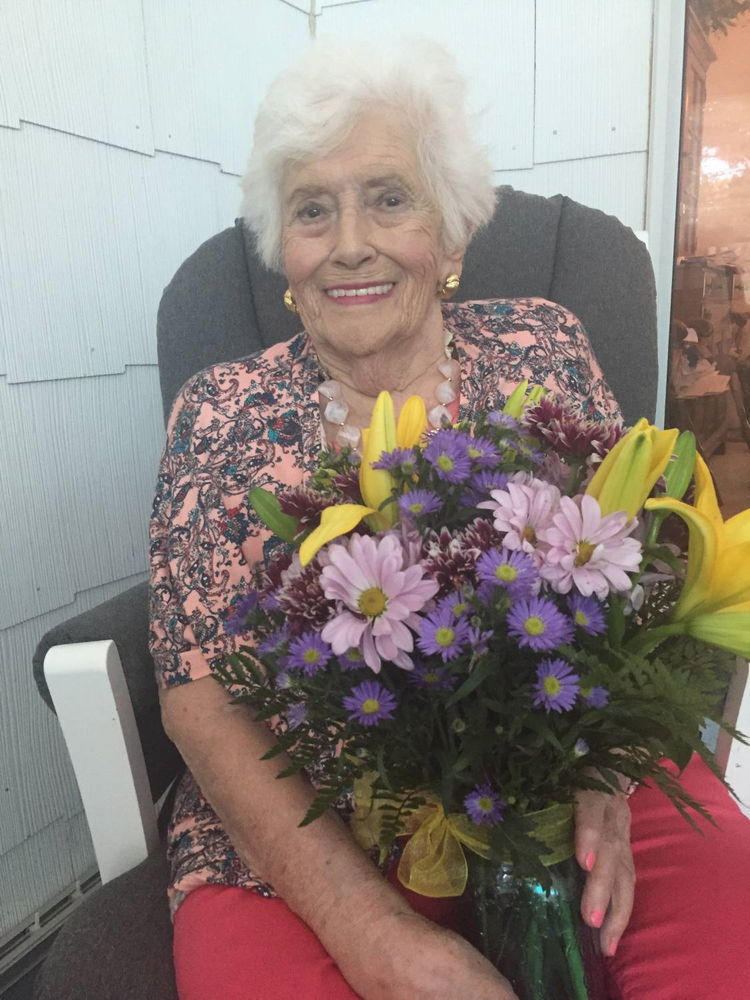 Carmela lived her whole life in North Plainfield and was a founding member of the Italian American Club. She worked at the polls during elections and was a floral designer at her brother-in-law’s and sister’s flower shop in Summit, New Jersey. Carmela could do many things well, but what she did best was being a loving wife and mom to her family. Her homemade apple and cherry pies lined up on the back porch railing could be smelled a block away. Her homemade pizza on Saturday night was the best! Her love will be missed by all.

Carmela got her wish of not wanting to go to a nursing home. She was lovingly cared for at home by her daughter, Paula, and Paula’s boyfriend, Tracy, as well as her special caregiver Deb Gleeson who was a godsend, along with two of Carmela’s grandchildren, Niki and Rachael. Paula’s sisters and brothers are grateful for them for keeping Carmela happy and safe.

A visitation for the public will be held on Monday, November 18, 2019 from 11 am to 1 pm at Higgins Home for Funerals 752 Mountain Blvd. Watchung NJ followed by a 1pm funeral service at the funeral home. The commital services and repast are private.

Share Your Memory of
Carmela
Upload Your Memory View All Memories
Be the first to upload a memory!
Share A Memory
Send Flowers