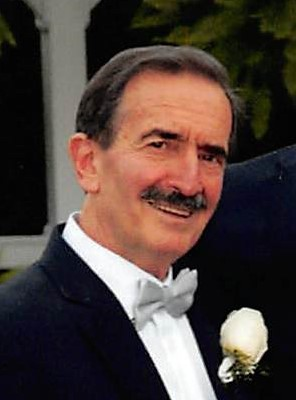 David Perrotti, age 72, passed away on Sunday, November 24, 2019, at Morristown Medical Center in Morristown. Born in Vallata, Italy, he was raised in Elizabeth and moved to Milltown after marrying in 1971. The family eventually settled in Bridgewater and have been residents for 40 years.

David along with his brother Mario were the founders of Perrotti's Quality Meats in Cranford, which they opened in October of 1967. David continued to work alongside his two sons David, Jr. and Nicholas until 2017, when he retired. His legacy carries on through his sons who are continuing the family business.

David was a member of Blessed Sacrament Church, Martinsville.

When not at work David enjoyed antique cars, friendly wagers between family and always telling a good joke.

Predeceased by siblings Luigia and John.

Survived by his wife of 43 years Irene (Kaminski) Perrotti; children Debra Ianniciello and her husband Robert, David Jr. and his wife Jodie and Nicholas and his wife Ashley; 7 grandchildren Robbie, Michael, Joseph, David III, Madison, Victoria, Grace and one on the way; siblings Tommy, Gerry, Adam, Lydia, Mario and Sara.

A visitation will be held on Sunday, December 1, 2019 from 2-6 p.m. at Higgins Home for Funerals, 752 Mountain Blvd., Watchung, NJ. A gathering will be held on Monday, December 2, 2019 at the funeral home at 9 a.m. followed by a Funeral Mass at 10 a.m. at Blessed Sacrament Church, Martinsville. Entombment will follow at Holy Cross Cemetery, Basking Ridge.

Share Your Memory of
David
Upload Your Memory View All Memories
Be the first to upload a memory!
Share A Memory
Plant a Tree