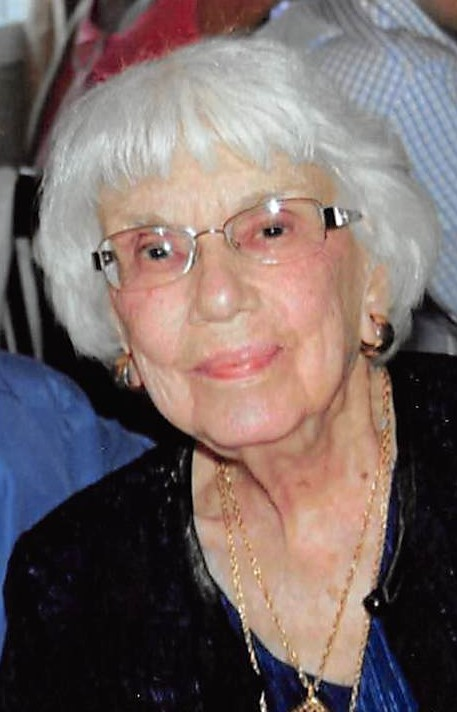 Graveside Service - Family, Church Family, and Close Friends only in attendance - Can be viewed via Live stream

Dorothy Mabel Bulthuis, lovingly known as Dottie, died at the New Jersey Veterans Memorial Home in Edison, New Jersey at the age of 96. She was surrounded by the love of her family, and the Veterans Home staff.

Dorothy was born on July 23, 1924 in Lynbrook, New York. She lived in a home constructed by her father, William Blum, for his family-wife, Mabel, two sons, William and Harold and his darling daughter, Dottie.

Dorothy married the love of her life, John Carl Bulthuis, on April 7, 1946 after meeting at a USO dance where Dorothy sang during World War II. The letters they exchanged during the war shine with their devotion to each other. That love continued for 73 years and was evident to all who knew them. After the war, the couple continued to live with Dorothy’s parents in Lynbrook so that John could continue his education. They eventually moved to Paterson, NJ with their two daughters, Deborah and Janette. They lived in their home until 2017 when health issues demanded care at the Veteran’s Home.

Dorothy possessed a keen mind, common sense, wisdom and strong organizational skills, which her family admired and appreciated.  She was stronger than she knew and was the center of her family. Everyone thrived because of her belief that “one loved with an open hand.” She loved sewing clothes for her children, creating cross stitch crewels and solving crossword puzzles, the harder the better. She played both the piano and organ and had a beautiful singing voice. She was a wonderful cook and gracious hostess.  All were welcome at her table.  Helpful neighbors were rewarded with her delicious cranberry nut bread. Ever mindful of her family, she worked part time at a local business in order to be near her children.

Dorothy lived her 96 years as a loving soul, oftentimes putting the needs of others before her own. Her loving and supportive nature will be missed by all who knew and loved her.

Dorothy’s beloved John passed away in February 2019. She is survived by her two daughters, Deborah Przybylowski-Raggi and her husband John of Green Brook and Janette Ingraham of Lisle, NY.

Burial will be at Hillside Cemetery in Scotch Plains on Saturday, January 23rd at 11:00 in the morning.  A celebration of Dorothy’s life will be held at a later date at The Church of the Holy Cross in North Plainfield. In lieu of flowers, donations can be made in Dorothy’s name to her home church, St. Clement’s Episcopal Church, 271 Lafayette Avenue, Hawthorne, NJ, 07506.

Share Your Memory of
Dorothy
Upload Your Memory View All Memories
Be the first to upload a memory!