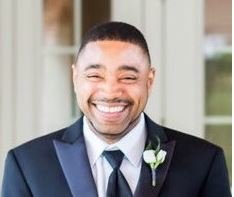 Private Service - May be viewed via Live Stream - Sunday 1:00 pm

Khalid Nasir Jones was born on March 31, 1979 in Plainfield, New Jersey, son of Taryn Jones and Ronald Jones. He departed this life on Wednesday, February 10, 2021 at the age of forty-one.

Khalid had a passion for art and electronics. During middle school, he was enrolled in a pre-engineering program where he met his long-time friend, Amanda. The two would later become proud parents of their son, Khalid Nasir Jones Jr., affectionately known as Nate. His greatest joy in life was being a father to his one and only son.

Khalid was predeceased by his daughter Chynna Jewel Jones in 1998.

Left to cherish his memory are his mother, younger brothers, Tyscene Jones and Ty-Quan Jones (wife, Sheila), son, grandmother, Virginia Hassen-Bey, and a host of aunts, uncles, cousins and friends.

Share Your Memory of
Khalid
Upload Your Memory View All Memories
Be the first to upload a memory!