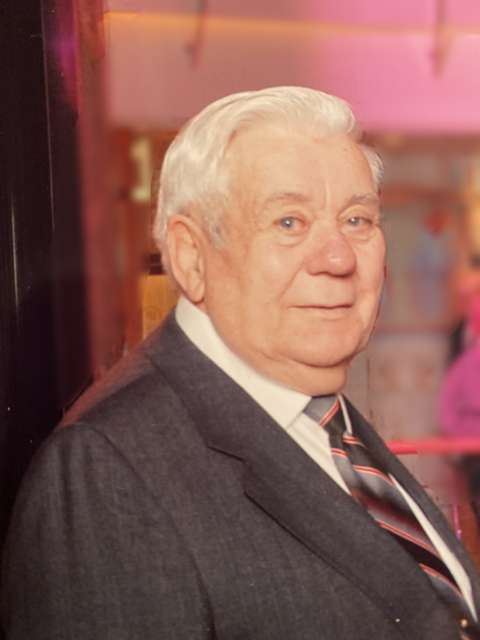 Dominick “Chuck” Imbimbo, age 88, passed away on Friday, March 12, 2021 at Overlook Hospital in Summit, New Jersey. Chuck was born in Summit, and was raised in Berkeley Heights, where he resided as a life-long member of the community.

Chuck is a United States Army veteran of the Korean War, serving from January 1953 to December 1954.

Chuck joined the Berkeley Heights Volunteer Fire Department in April 1959 and served the community for 49 years. He was Fire Chief, Fire Official, Fire Prevention Specialist, the Berkeley Heights Fire Inspector, treasurer of the NJ Fire Chiefs Association and part of the Union County Firefighter Training Academy. He was employed as a Heavy Equipment Operator, a lifelong member of the International Union of Operating Engineers (IUOE) Local 825. Upon his retirement from the IUOE he owned and operated a Shell service station. He was a life member of the Mount Carmel Society in Berkeley Heights.

He is survived by his wife of 69 years, Carmela (Malleo), son Donald and wife Pamela, son Stephen and wife Anne, and son Rich and wife Dawn. Chuck was blessed with 7 grandchildren and 9 great grandchildren.

Chuck enjoyed many hobbies – working on cars, gardening, and hunting. He demonstrated a love for cooking, as well as organizing and hosting many charity events.

In lieu of flowers, donations can be made in Chuck’s memory to the Alzheimer’s Association.

Share Your Memory of
Dominick
Upload Your Memory View All Memories
Be the first to upload a memory!