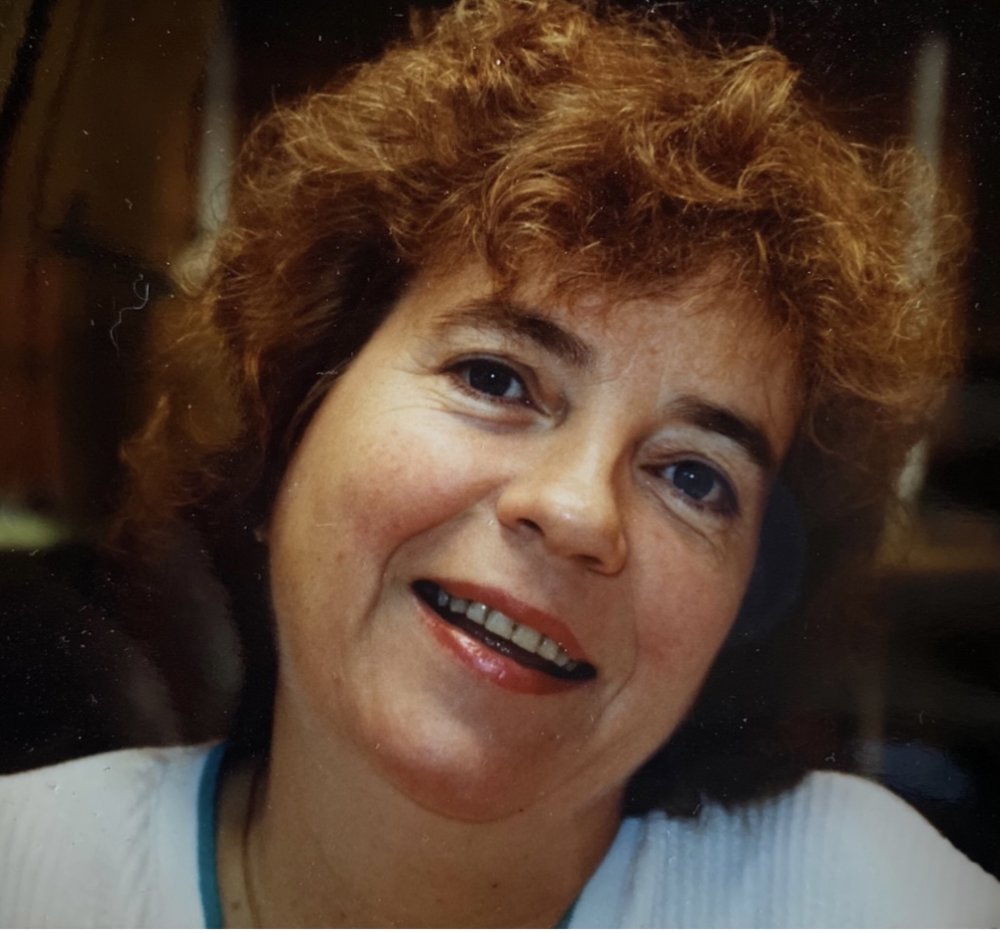 On Thursday, April 1, 2021, Birgitta Gunnel Micheller, loving and beloved mother, grandmother, sister, aunt, and dear friend of many, passed away gracefully in her sleep, in her home located in Warren, New Jersey, at the age of 81.

Birgitta, or Bridgett as she was often called, was born and raised in 1939 in Stockholm, Sweden, to Irma Hervor Axella Aurora Lagerwall Hamlund and Nils Edwin Hamlund.  After graduating high school, she attended a top-rated trade school in Stockholm with a focus on child development, cooking, sewing, and household management.  The education resulted in a certificate as a professional au pair. This training gave her the joy of cooking for others (and herself) that she so graciously shared with others through many wonderful meals over the years with both family and her friends.

After completing her au pair training, she worked in Stockholm for 2 years for a family, caring for their two children.  Following a visit from her Uncle Hugo, who lived in America, she was inspired to also move overseas.  She traveled across the Atlantic on the MS Gripsholm in 1959 and arrived at the Port of  New York as many immigrants have done.

Birgitta first came to live in Skokie, Illinois, where she worked as an au pair for a family for approximately a year. In Illinois, she became a member of the International Order of Good Templars (IOGT), which was part of the temperance movement, promoting abstinence from alcohol and other drugs. Birgitta also joined the Swedish Newcomers club in Evanston, Illinois, where she participated in Swedish folk dancing and performed at various Swedish festivals. It was there that she met her late husband, Attila Micheller.  It is said that he was so enamored by her beauty and said upon the first sight to a friend: “I am going to marry that girl, someday!”

Birgitta married Attila in 1960 in Irvington, New Jersey, after traveling back to Sweden to inform her parents of her upcoming marriage.  They resided in Springfield, New Jersey in an apartment over a butcher’s shop where they lived a modest life. Birgitta was known to reflect back on these times and comment on how she only owned two outfits, one dress to wear and the other to wash. Birgitta worked for the pharmaceutical company Ciba AG, as a production line worker until the arrival of her firstborn, John Attila Micheller, in 1961.

In 1963, Birgitta had her second child, Margareta Micheller Warlick, and she eventually became a work-from-home mom in a house located in Maplewood, New Jersey.  While living there she and her husband started Micheller Hydraulics, Inc., their family business. Birgitta was the treasurer and responsible for all the bookkeeping and finances, which expanded to include several other businesses and property management over time. Birgitta was very protective of the business and her family and she worked most of her adult life growing and managing the interest of the family businesses while being loyal to all employees.

In 1978, Birgitta and her family moved to a farm in Warren, New Jersey, where she enjoyed a more self-sufficient lifestyle, raising beef, corn & vegetables, while still continuing her professional work.  After her children became adults, Birgitta pursued an Associate Degree in Restaurant Management at Raritan Valley Community College. While living in Warren, she also became a Grandmother to five grandchildren.

Birgitta was actively involved in three social clubs throughout most of her adult life: SWEA of New Jersey (Swedish Women’s Educational Association), the Linden Hungarian Roundtable Charitable Association, and the Vasa Order of America Lodge Linne #429. She and her husband volunteered countless hours for these organizations and enjoyed many years of dancing, dining, and celebrating at the various social functions with close friends and family.

Birgitta and Attila also devoted much of their time to sponsoring and supporting newcomers to this country. She was also a supporter of the arts and a subscribing member of the Paper Mill Playhouse for over 40 years. Birgitta had artistic talents inherited from her late father, who was a folk artist, and she enjoyed needlework and other fiber arts.  When people think of Birgitta, they think of her as a gentle and loving person who opened her home to many. She was a faithful friend and devoted to her family.  Although she left Sweden at a young age, she remained very close to her family abroad. Birgitta was also a successful businesswoman and seems to have embodied the expression:  Behind every successful man, there is a strong woman.

Birgitta is survived by her son, John Micheller, his wife Jane, and their two sons, Max and Zach, her daughter, Margareta Warlick, and her three children, Mason, Linnea, and Ross, as well as her sister in Sweden, Kerstin Hamlund Norberg, and her husband Olle Norberg.

Share Your Memory of
Birgitta
Upload Your Memory View All Memories
Be the first to upload a memory!