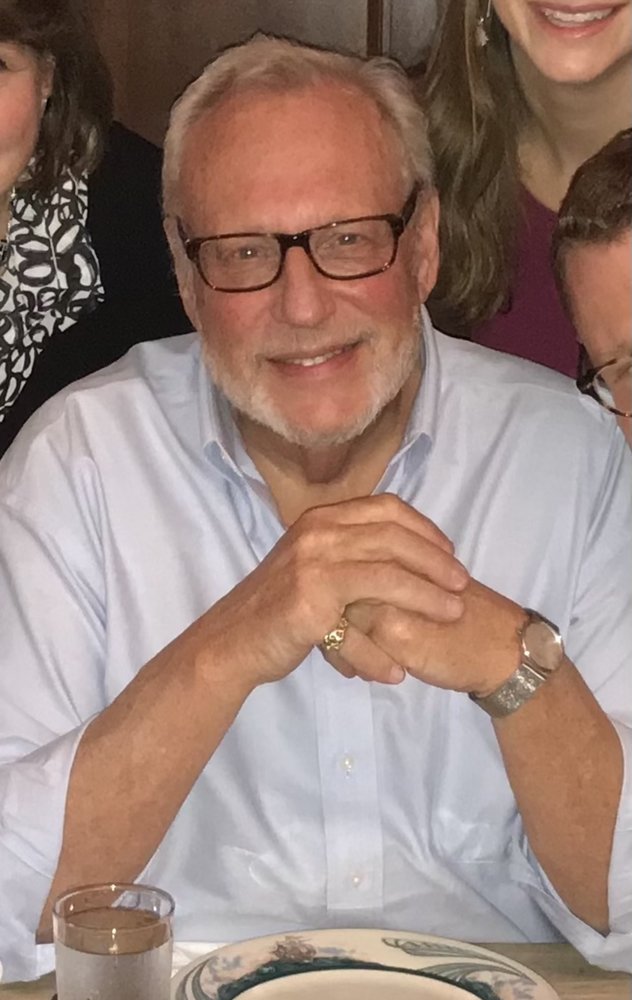 Born in Perth Amboy, New Jersey on July 18, 1952, to Natalie and Sidney Darwin, he was raised in Plainfield, graduating in 1970 from Plainfield High School.  Gary left the Garden State for college and traveled west to the University of Denver in Colorado, from which he graduated in 1974.

He returned east in 1974 to work alongside his father and later his brother Allen at the Cardinal China Company of Carteret, New Jersey. Throughout his work for Cardinal, and later as a sales executive for other leading giftware and licensed products companies, Gary traveled the U.S. and abroad, making lasting connections throughout the gift and housewares industries. He was a familiar congenial presence at major tradeshows, and he appeared occasionally

on the QVC channel.

As an industry leader he sat on various trade show boards as well as on the board of 225 Fifth Avenue, the Manhattan headquarters of the giftware industry. Everyone who encountered him professionally could count on a friendly smile, often a hug, and invaluable industry advice.

In August 1977, Gary met his future wife, Jodye Leaf, at a party at the 79th Street Boat Basin in Manhattan, on a yacht owned by a mutual friend from the giftware industry. Their relationship flourished over the next three years, culminating with Gary’s proposal to Jodye on June 24, 1980, pitched to her via the bright lights of the Times Square Spectatron. They were married on December 14, 1980, at Shearith Israel synagogue in Atlanta, Georgia.  Over the next eight years of their marriage, they enthusiastically traveled together to far-flung places including China, Hong Kong, the Philippines, South Korea, India and Japan.

Gary and Jodye welcomed their son Grant on October 26, 1988, and on December 16, 1992, added son Lane to the family.  Shortly after Lane’s arrival they moved from New York City tocentral New Jersey, ultimately settling in Scotch Plains in 1996.

Gary was a lifelong member and leader at Temple Sholom, where he held multiple board and committee positions and played a critical role in the temple’s relocation from Plainfield to Scotch Plains. His contributions to the temple community were honored in 2011 when he received the Continuous Excellence in Leadership and Service award. Many congregants will remember the warm welcome greeting he always extended as anusher during the High Holidays.

Above all, Gary valued spending time with his extended family in New Jersey, Atlanta, and elsewhere around the country. His favorite moments often took place poolside in his neighborhood, at the Jersey shore, or as one of the first couples on the dance floor with Jodye. Family gatherings typically featured pizza (well done) or veal parmesan. Family and friends will always remember Gary’s modest, even-tempered nature, as well as his spontaneous and often irreverent sense of humor, which could lighten even the most strained situations.

A graveside service will be held on Monday, June 7, 2021 at 10:30 am at Beth Israel Cemetery, 1098 Woodbridge Center Drive, Woodbridge Township, NJ 07095 with Rabbi Joel Abraham officiating. When arriving at the cemetery, please follow signs for the funeral procession and line up behind the hearse and family cars which is right before the cemetery office.

There will be a limited number of chairs for the family; the service will be graveside and outdoors. The family will be sitting shivah at their home in Scotch Plains, from after the funeral on Monday until 9pm, from 1 to 4pm, and 7 to 9pm on Tuesday and Wednesday, with a service at 7:30 p.m. on all three days.

If you are not vaccinated, the family asks that you wear a mask at both the funeral and the service.

In lieu of flowers, donations to remember Gary can be made to Temple Sholom (where they will be aggregated for later designation) or to a charity of your choice.

Share Your Memory of
Gary
Upload Your Memory View All Memories
Be the first to upload a memory!