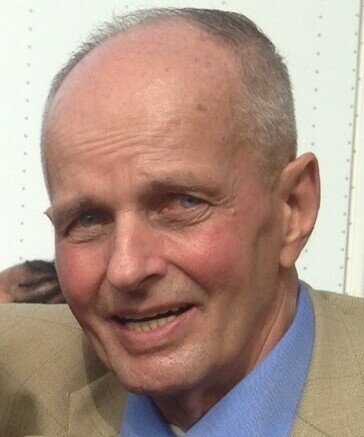 Robert Joseph Bradley, 84, passed away peacefully  in the early morning hours of July 15th 2021 with his devoted sister at his side.  Bob or Bobby had been surrounded by loved ones in his last days who will continue to honor his legacy by embracing family and taking the time to enjoy the beauty and simplicity of nature.

Bob was born on July 3, 1937 to Isabelle Schwartz Bradley and Francis Bradley in Queens, New York. His family later moved to Whippany and  Bob would remain a New Jersey resident all his years. Recently, he resided in Stewartsville, Warren  County (17 years). He was also a long time resident of Hardyston, Sussex County (15 years).

Bob shared his life with others through several occupations, joining the US Marine in his late teens. His service in the Marine Corps from 1957-1960,  took him to locations  in the Philippines and Japan.  After leaving the Marine Corps he served on the Watchung Police Department  for  five years.  It was during this period he realized his intention  to become a teacher in Special Education and changed his career path. Following graduation on a new course, Robert began  his teaching career working with handicapped children at Regional Day School in Morris Township. He also worked a number of years for Easter Seals. This is where Bob made his greatest contributions. His compassion for others continued throughout his life and touched so many through his volunteering and continual support of those in need. His ripple reached far and wide. He became everyone's uncle, from the neighborhood children to the teams he coached for his nephews. He made sure to be present for his great nephews' games and activities only to become known as Uncle Bob  to others there as well. "Uncle Bob" was always there for his family, his neighbors and for his love of  country.

There was nothing more wonderous to him than nature and his study of Native Americans. This appreciation was born one summer during high school,  while he worked on a farm in the Catskills,  acquiring an appreciation of the natural world, a perspective that held sway throughout his lifetime. His favorite author, Henry David Thoreau shaped Bob's appreciation for the value of simplicity in life. Bob enjoyed trail hiking, was an avid bird watcher and enjoyed most any outdoor activity. He was always a proud Marine and until shortly before his death continued to carry a copy of the US constitution with him at all times.

In lieu of flowers, donations can be made to the Wounded Warrior Project.