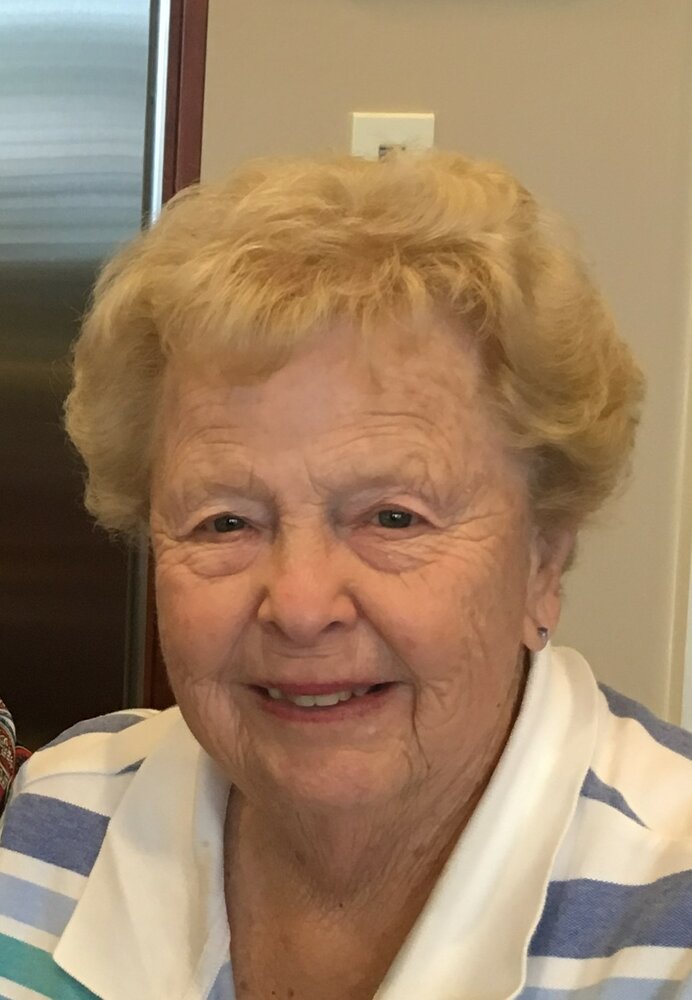 June M. Gilbert, age 91, née Langevin, beloved Wife, Mother, Grandmother and Great Grandmother passed away on Sunday, September 26, 2021.  She was born in Webster, Massachusetts, the eldest of nine children, to Rene and Dorilla Langevin.  She was a past resident of Warren, NJ and most recently was a resident of Basking Ridge since 2014.

June worked as an Administrative Assistant for Chubb, an insurance company, for many years. She retired in 1989.

She was a parishioner of Our Lady of the Mount Roman Catholic Church in Warren, NJ.

June enjoyed many things in life and loved to dance, go bowling, and travel. She adored spending time with her children and grandchildren.

She is preceded in death by her late husband, George W. Gilbert, and her grandson, Kevin, who passed away 2011.

Donations can be made in June’s memory to St. Jude Children’s Research Hospital.

Share Your Memory of
June
Upload Your Memory View All Memories
Be the first to upload a memory!
Share A Memory