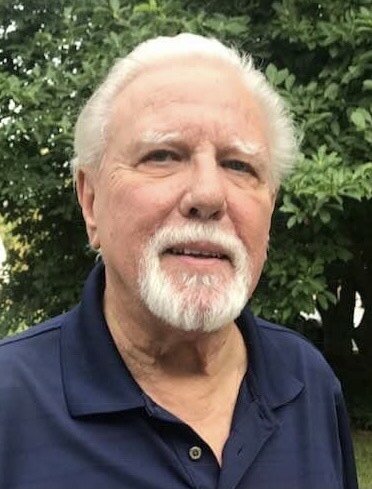 Family and friends mourn the loss of Kenneth E. Phillips who passed away Thursday, October 21, 2021, at age 83. Born in Plainfield, NJ in 1938 to Adam and Abbie Phillips, Kenneth was raised in South Plainfield and resided in North Plainfield for nearly 50 years, where he was an active member of the borough and St. Luke Roman Catholic Church.  Kenneth’s strong Catholic faith was woven through all aspects of his life, particularly through his work with persons with disabilities.

Kenneth attended St. Peter’s High School in New Brunswick and met Eleanora, the love of his life, at a Sweet 16 Dance.  After graduating high school, Kenneth attended Mount Saint Mary’s University in Emmitsburg, Maryland where he earned his bachelor’s degree in Chemistry and Mathematics, and later went on to earn a Master of Arts in Therapeutic Recreation from New York University.

After college, he proudly served the United States Air Force from 1959 to 1964 as a C-130 navigator, earning the rank of Captain.  He was married to Eleanora Capparelli in 1960 at Sacred Heart Church in South Plainfield.

Kenneth’s professional career was based on the importance of helping others and following Christ’s example.  He worked as Recreation Director at Carrier Clinic in Belle Meade, NJ before becoming Director of Community Outreach for The Lighthouse for the Blind in New York City, where he worked with the sight-impaired for 27 years.  Kenneth was instrumental in bringing Camp Lighthouse in Waretown into operation, and he received numerous awards and recognition for his efforts and contributions, including a proclamation by the City of New York.  In addition, he also served as a consultant for the Somerset County Park Commission on complying with the Americans with Disabilities Act, and he was also a published writer and lecturer in the field of rehabilitation.

Kenneth’s biggest joy was his family, and he made sure to always let them know how important they were to him. He and his wife enjoyed dancing and attended many Firemen’s Balls and also spent time together as part of the Couples Club at St. Luke parish. He coached his children’s soccer and softball teams and also served as Commissioner of the North Plainfield Youth Soccer Club.  He was actively involved in his children’s lives and imparted his strong faith to them. He guided them with his wisdom and love, and he happily and proudly welcomed his grandchildren and treasured the time he spent with them, especially during the many family gatherings where he often was found playing bocce and cornhole.

Music was also an important part of Kenneth’s life, and he entertained family and friends at many parties and gatherings. He played the sousaphone during his school years and later played the piano and drums throughout his life. He also served as a band conductor at Mount Saint Mary’s and was a proud member of the Westfield Glee Club for many years. He also enjoyed being outdoors, playing golf and swimming, and loved the ocean.

Kenneth continued to be active during retirement and worked part-time as statewide coordinator of outreach at St. Joseph’s School for the Blind in Jersey City, NJ, and Director of Activities at Abington Manor and Rehabilitation Center in Greenbrook, NJ. for a nursing home. He was a member of the Knights of Columbus for over 50 years and served as a Trustee of St. Luke Parish in North Plainfield, where he served in numerous ministries.

Kenneth loved people and made connections with many who were put in his path along his journey. He was always quick to share his faith and was happy when he met someone who shared his love for the Lord and his compassion for others.  Kenneth faithfully guided people “to look, pray and think about what is best for them and how their decision can affect others,” and he will be dearly missed by all who had the good fortune of knowing him.

Memorial donations may be made to the Disabled American Veterans.

Share Your Memory of
Kenneth
Upload Your Memory View All Memories
Be the first to upload a memory!
Share A Memory