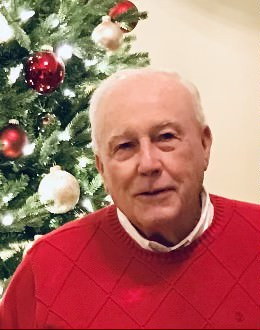 Gerald Noble Bradley, affectionately known as “Jerry,” passed away on Monday, December 6, 2021, at JFK Hospital in Edison, NJ.  He died peacefully, surrounded by his family.  He was born in Plainfield, NJ on June 28, 1942, to his parents Noble “Jack” and Marie Bradley.  He grew up in Plainfield, moved to Green Brook, and graduated from Dunellen High School.

He went on to serve in the United States armed forces with the U.S. Navy and served on the U.S.S. Mitscher Destroyer Leader II.  After he was released from active duty with the U.S. Navy in 1964, he married Marilyn Kane in 1969 and resided in North Plainfield, NJ until present day.

He was married to Lynne for 49 years and went on to have two children, Mark and Jennifer.  Jerry was a family man who worked at a couple of local businesses until he began his career at Cozzoli Machine Co. in Plainfield, NJ. He worked at Cozzoli Machine Co. for 35 years and retired to enjoy life with Lynne and his family. He very much enjoyed spending time with his family and friends.

Jerry loved getaways to Disney World, Frost Valley, Seaside Park and world travel locations such as Jamaica, England, Aruba and the Bahamas to name a few.  He especially loved sitting on the beach in Seaside Park with his family and extended family as well as walking the boardwalk, playing Bingo with Lynne and family and trips to Atlantic City, NJ. His LOVE SUPREME was watching his grandchildren play sports and sitting down to mom’s spaghetti and meatball Sunday dinners.

He was pre-deceased by his parents Jack and Marie, his wife Lynne, his brother-in-law’s Tony Ingrassia and Tommy Kane and his nephew Christopher.

He is survived by his sister Gloria Ingrassia, his sister-in-law Mary Anne Kane, his son Mark Bradley, his daughter Jennifer Testa along with her husband Vin Testa, two grandchildren Amelia and Michael, his nieces Kimmy and Elisa, nephews Paul and Anthony, numerous other nieces and nephews as well as a large network of friends and a huge extended family.

Share Your Memory of
Gerald
Upload Your Memory View All Memories
Be the first to upload a memory!
Share A Memory