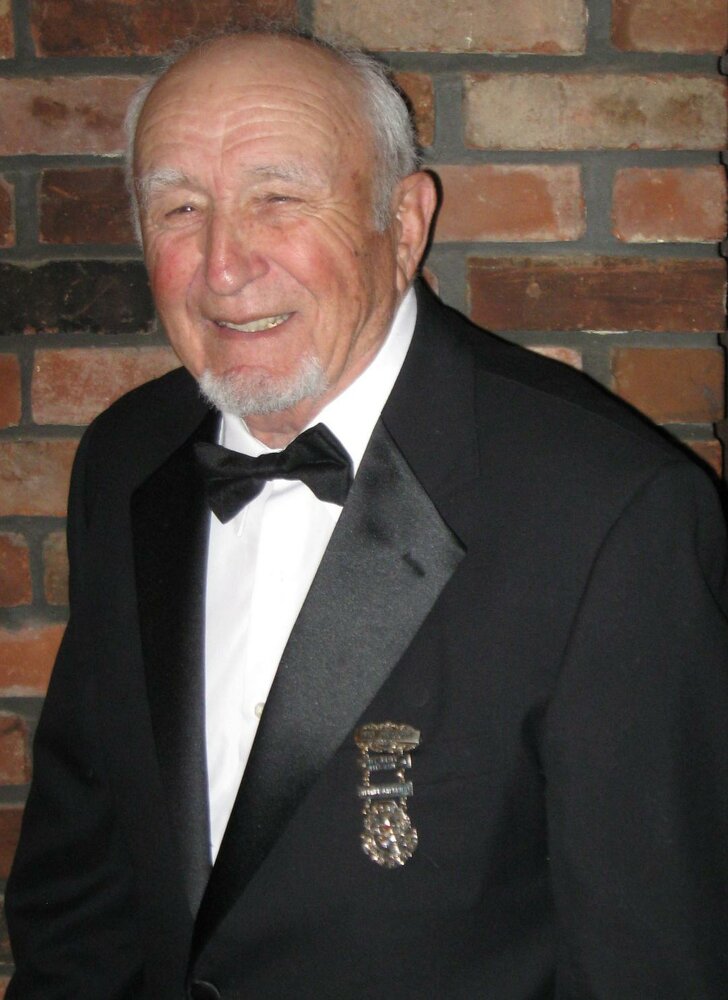 Funeral Mass at Our Lady of the Mount

It is with heavy hearts that we announce the passing of Stephen J. Terrible on Sunday, December 26, 2021.

Stephen was born on June 2, 1923, in Plainfield, NJ, to Joseph and Jennie Terrible, where he also graduated High School, and went on to work in his family's construction company, Terrible Construction. He was also a member of Operating Engineers, Local 825. After retiring, he continued his love of his work by helping out many friends in the business running the heavy machinery.

Stephen is predeceased by his beloved wife of 63 years, Hilda, who enjoyed traveling and their pets and going out to eat, and gardening. Steve also loved to golf and had an outing every year in his name.

Stephen was a proud Veteran of WW2 and also a member of the VFW and of the Elks.

As a member of the Dunellen Elks #1488, where he served as Exalted Ruler, and later demitting to Watchung Elks #885. He was a member of the Elks for 69 years, attaining honorary life membership. He served the lodge, Central District, and the New Jersey Elks Association in many capacities. He was elected President of the NJ State Elks Association in 1990-1991. He served the grand lodge of the Benevolent and Protective Order of Elks as District Deputy Grand Exalted Ruler of the Central District, National Elks Veterans Representative to Lyons Veterans Hospital, and Grand Lodge Committeeman on the Americanism Committee. He was entrusted with overseeing the financial investments and advisor to the NJ State Elks Special Children's Committee for many years.

Stephen leaves behind his daughter, Joan Kaplan and her partner, Arthur Taylor, his son, Paul Karwowski, his grandsons, Peter and Tony, his granddaughter, Stacie Marish and her husband, John Marish, his grandson, Stephen Kaplan, as well as his nephew, Joseph Terrible and his wife Cathy, along with 9 great-grandchildren, and his loving cousins, and many friends.

In lieu of flowers, donations can be made in Stephen's memory to:

Share Your Memory of
Stephen
Upload Your Memory View All Memories
Be the first to upload a memory!
Share A Memory