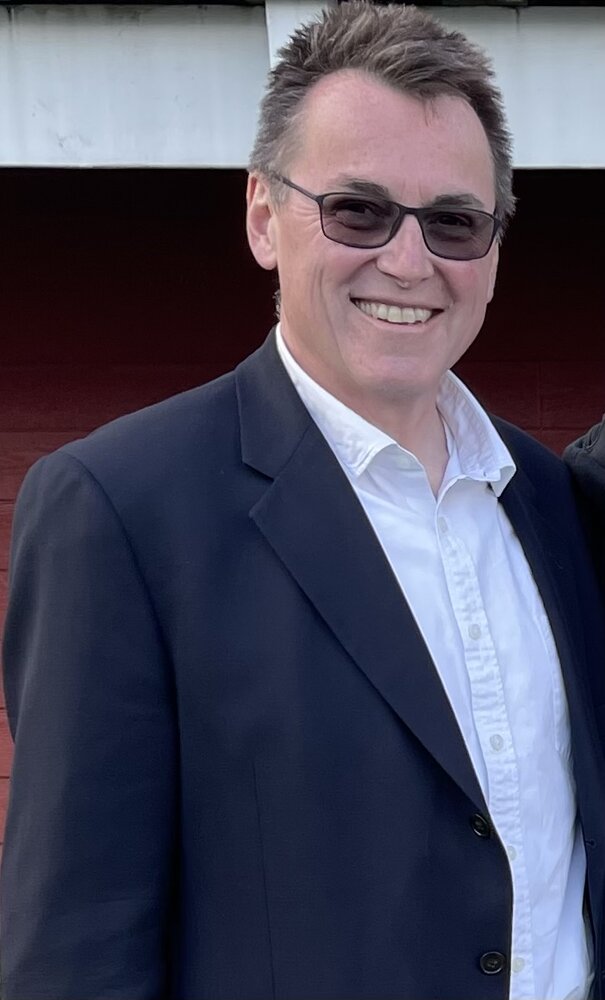 Craig E. Tepke passed away on Friday, January 21, 2022 following a brave 2.5-year battle with esophageal cancer. He was 58 years old. Craig was born in Niskayuna, New York to Robert Tepke, the son of German immigrants, and Ilse (Astor) Tepke, who immigrated from Germany at the age of 16. Craig’s family resided in Elnora, New York for 6 years before moving to Cortland, New York. After 10 years in Cortland, the Tepke family moved to Warren, New Jersey where Craig attended Watchung Hills Regional High School. Craig also resided in Summit and Bedminster before moving to Bridgewater to raise his children.

Craig was quite adventurous and fearless in his youth. He built daredevilish ski jumps in his family’s front yard and performed hair-raising bicycle stunts. When his model rocket landed at the top of a tall tree in the neighbor’s yard, he found a solution by cutting down the tree to retrieve it. He loved playing first base in Little League baseball, became a talented skier, and enjoyed riding motorcycles. From a young age, Craig’s love and affinity for engineering was apparent to all who knew him. At 7 years old, after his father had knee surgery, Craig thoughtfully constructed a stool for his dad to rest his legs. At 9 years old, Craig famously repaired his older brother’s broken stereo without any guidance.

Craig was headstrong and determined to get his way, as evidenced by his younger years. He was kind, patient, loved, and respected by all. Craig was an extremely smart man, and it was both easy and a joy to engage him in conversation. He had a great sense of humor and a bright, radiant smile. His thoughtful approach to all aspects of life was appreciated by many.

Craig studied Communications at Ithaca College and Video Production at the Center for the Media Arts in New York City. This led to a long and accomplished career in Audio-Visual Engineering, Information Technology, and Managed Services. Most of his career was spent working for Video Corporation of America in New York City, a place he deeply loved. At the time of his passing, he was working for Yorktel, headquartered in Eatontown, New Jersey. He successfully managed many major technology projects, including global in-house communication systems and expansive video displays for Wall Street firms, a new audio translation system for the United Nations, and movie premier studios for WarnerMedia.

Craig was a proud and devoted father to his two children, Paige and Nolan. His unwavering love for them was evident through their strong, unbreakable bond. Craig built an incredibly successful career fostered by his unmatched work ethic, and his children followed suit by working hard in all facets of life. He was so proud to see both his children graduate from prestigious colleges and launch their careers shortly thereafter.

Over the past 10 years, Craig immersed himself into the boating world. He purchased his first boat in 2014, a Regal 2565 Windows Express, and kept it on Lake Wallenpaupack in the Pocono Mountains. After a few joyous summers on the lake, he decided to move the boat closer to home at Dillon’s Creek Marina in Island Heights, New Jersey. After one summer with the Regal at the Jersey Shore, and a little added pressure from his son, Craig knew it was time for an upgrade. He sold the Regal and purchased a 2007 Sea Ray 380 Sundancer. Craig enjoyed spending every summer on the Sea Ray for the past 5 years. With the Sundancer, he often enjoyed adventuring South to Atlantic City and Long Beach Island, and North to Belmar for music fests. Craig kept the 380 in meticulous condition and found peace in spending countless hours on boat projects.

Craig is survived by his children, Paige and Nolan Tepke; his mother, Ilse Tepke, and his two brothers, Glen Tepke (Carol Chetkovich) of Santa Cruz, California, and Scott Tepke (Sherri Tepke) of Fryburg, Pennsylvania. He is also survived by his nephew, Jacob Tepke of Marienville, Pennsylvania, as well as his girlfriend Maria Martinez of Raritan, New Jersey along with many devoted friends. Craig was predeceased by his father, Robert Tepke, and former wife, Christine Tepke.

Public visitation will be held on Wednesday, January 26, 2022 from 4-8pm at Higgins Home For Funerals, 752 Mountain Boulevard, Watchung, New Jersey. Family members will make a few brief speeches beginning at 6:30pm. In lieu of flowers, Craig’s family asks that donations be made in his honor to the American Cancer Society (https://www.cancer.org/) or the Esophageal Cancer Action Network (https://ecan.org/).

Share Your Memory of
Craig
Upload Your Memory View All Memories
Be the first to upload a memory!
Share A Memory