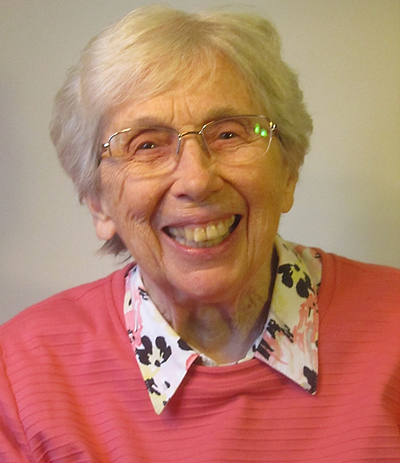 Wake at Our Lady of Pompei Church

Please share a memory of Sister Marcia to include in a keepsake book for family and friends.
View Tribute Book

The Missionary Sisters of the Immaculate Conception mourn the loss of their Sister Marcia Huber, SMIC, who died peacefully on Sunday, February 20, 2022, at the age of 85 at McAuley Hall Health Center, Watchung, New Jersey.

Sister Marcia was born in Newark, NJ, on April 15, 1936, to Albyn and Florence Huber.  She is survived by her brothers Jack and Frank, and sister Ellen Gelbman.

Sister Marcia treasured family, creation, the scriptures, music, poetry, and prayer.  She rejoiced in being part of the Franciscan SMIC family.  She allowed God to love her into the fullness of life.

Sister Marcia’s Wake will be on Saturday, February 26 at 9:30 a.m., followed by a Funeral Liturgy at Our Lady of Pompei Church, 70 Murray Ave., Paterson.

Interment will follow in the cemetery of the Missionary Sisters on Rifle Camp Road, Woodland Park, New Jersey.

All are welcome to attend and celebrate Sister Marcia’s life.

Condolences can be sent to: smicunit@gmail.com

In lieu of flowers, please send donations to:

Share Your Memory of
Sister Marcia
Upload Your Memory View All Memories
Be the first to upload a memory!
Share A Memory