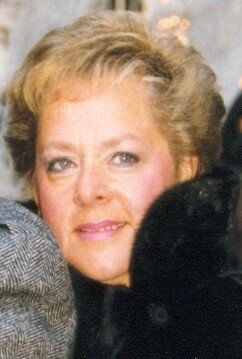 Flowers may be sent to Higgins Home for Funerals, 752 Mountain Blvd., Watchung, NJ, for a private funeral service on Saturday, April 2, 2022.

Catherine Johnson (maiden name Kowalsky), age 82, passed away peacefully on March 30, 2022 surrounded by her family. Born in Somerville, New Jersey, Cathie was raised by her parents Theodore and Helen “Lee” Kowalsky in Middlesex. She lived much of her life in Martinsville, New Jersey until the onset of the COVID-19 pandemic in 2020 when Cathie resided with her daughter in Warren, New Jersey.

Cathie was a graduate of Bound Brook High School, Class of 1957, and a member of many clubs. She received her Bachelor of Arts degree in 1961 from Douglas College in New Brunswick, New Jersey. She was the first in her family to go to college. She married her high school sweetheart, Robert Johnson, in 1961. They had two children, Wendy and Glenn.

Cathie worked at Lillaine’s in Bound Brook when she was in high school and college. After graduation from Douglas, Cathie became a kindergarten teacher because she loved the “little ones”. She raised her son Glenn and daughter Wendy for the next 18 years and then became a legal secretary and ultimately the legal administrator for her husband Robert’s law practice in Middlesex. She then took on the important job of caring for her granddaughter Courteney for 18 years before returning to the law office.

Cathie loved to read non-fiction books and watch old movies. She enjoyed traveling and spending time with family and friends. She and Robert delighted in going out for lunch and dinners with friends and family and taking drives down the Shore, sitting on the boardwalk, and visiting her daughter’s and son-in-law Michael’s home in Long Branch and then in Oceanport. Cathie was incredibly proud of her granddaughter Courteney and was in the front row for everything in which she was involved. Cathie was also blessed to have two great-grandchildren, Caroline and Hudson, who brought her great joy.

Cathie is predeceased by her husband, Robert, and her son, Glenn.

She is survived by her daughter, Wendy Johnson Lario, and son-in-law, Michael Lario, her granddaughter, Courteney Lario Caine, and her husband, Timothy Caine, and her two great-grandchildren, Caroline and Hudson Caine.

Flowers may be sent to Higgins Home for Funerals, 752 Mountain Blvd., Watchung, NJ, for a private funeral service on Saturday, April 2, 2022.

Memorial donations may also be made to the “Hospital for Special Surgery” with a notation that the donation is for “Dr. Westrich’s Research Account”.

Dr. Geoffrey Westrich is the Director of Research for the Adult Reconstruction and Joint Replacement Service at HSS and was the surgeon who performed Cathie’s back surgery and made such an important difference in her life.

Share Your Memory of
Catherine
Upload Your Memory View All Memories
Be the first to upload a memory!
Share A Memory