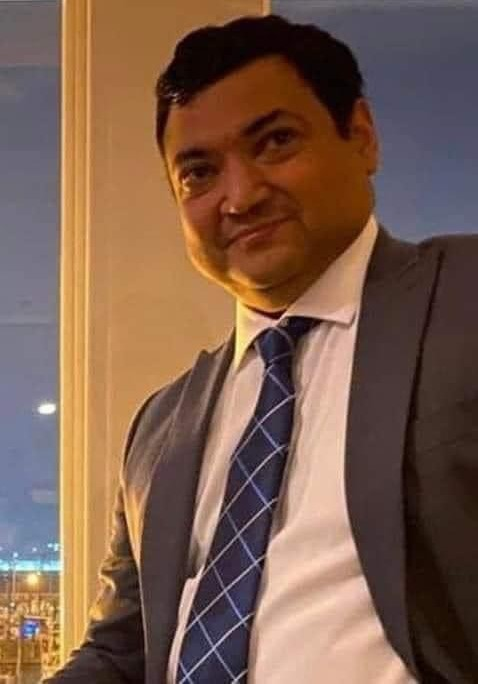 Ronald Omar Avelar Amaya, age 45, passed away on Catholic Easter Sunday and Orthodox Palm Sunday, April 17, 2022, at University Hospital in Newark. Born and raised in La Union, El Salvador, Ron attended high school and ITExsal College of Don Bosco University in San Salvador City before moving to the United States in 1998. He had resided in North Plainfield before moving to Bridgewater in 2008.

Ron had an extensive career in retail management having worked at Lowes, Home Goods, and Spirit Halloween. It was while working at Sears in Watchung that he met his wife, Paulina. Most recently Ron had been working with Thermo Fisher in Bridgewater for the past year.

Ron was a parishioner of St. Joseph’s RC Church in North Plainfield and attended SS. Peter and Paul Eastern Orthodox Church in Manville with his wife and daughter.

He was a passionate soccer fan, who loved watching soccer tournaments throughout the world. He was even known to watch the retro matches when there were no live events being played. He was the life of the party and naturally loved music and dancing. He enjoyed barbeque with his family and fishing with his uncle and cousins, not for the sport, but rather the socialization. Ron loved the ocean and eventually wanted to live by the seaside.  Most of all, Ron loved spending time with his two favorite “girls”: his wife, Paulina, and his daughter, Vasilisa. Ron was loved by all his family and friends for his attentive, friendly, and entertaining personality. He will be greatly missed by all.

Ron is survived by his loving wife, Paulina Nasledysheva, their daughter, Vasilisa, his parents, David Avelar, and Maria Avelar-Amaya, sisters, Carolina and Yeny, brother, David, sister-in-law, Karina, step-niece, Michelle, and step-nephew, Kevin. He is also survived by a host of aunts, uncles, cousins, and loving friends.

Share Your Memory of
Ronald
Upload Your Memory View All Memories
Be the first to upload a memory!
Share A Memory