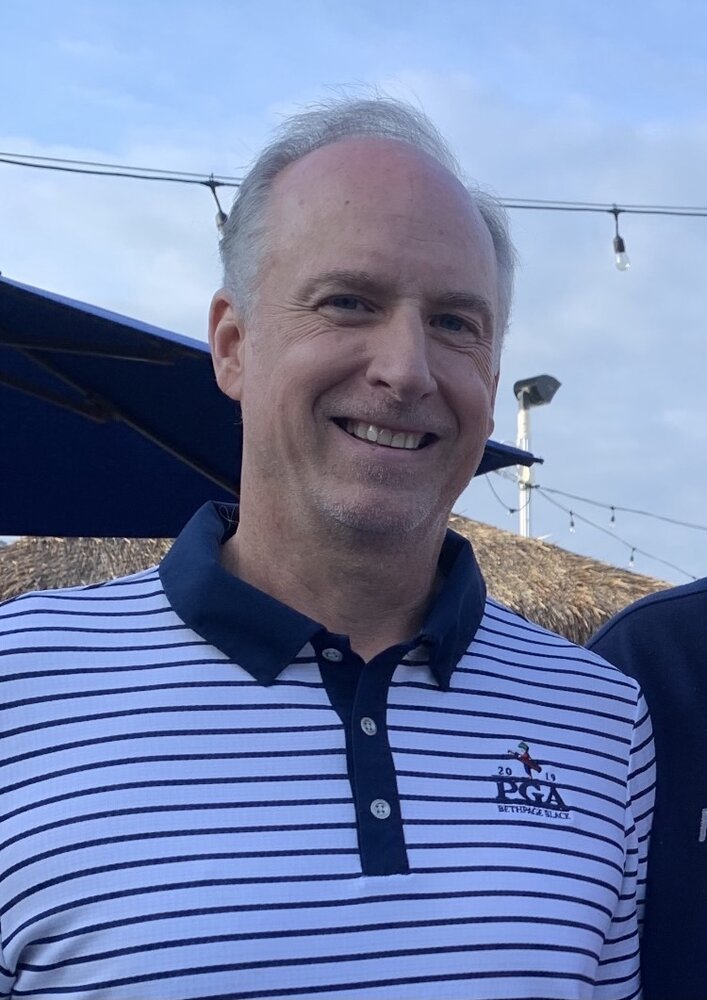 He was born on November 3, 1960, in the Bronx, New York to Frank and Irene Stefurak. Raised in Larchmont, New York with his two sisters, Michelle and Jen, and brother Greg. He was also blessed with a stepmother, Pat, and a brother, Jim. He attended Fordham Prep High School and went to college at St. Lawrence University. He then obtained his MBA in Finance at Baruch College and later earned his CFA in 1995.

He started his career in New York City at Bank of Tokyo, then moved on to Standard and Poor’s, and eventually KBC Financial as a Senior Vice President. After KBC, he went on to Morningstar Inc. working out of Chicago and New York, and was due to earn Managing Director in January.

In the summer of 1987, while at the Parker House in Sea Girt, New Jersey, he met the love of his life, Mary Beth Goodwin (Lovey). They got married on September 17, 1993, in St. Mark’s Church in Sea Girt. They started their lives living in Hoboken, New Jersey, and shortly thereafter they bought a house in Cranford, New Jersey. On July 24, 1998, their first son Jack was born. After 8 years of living in Cranford, they moved to Warren in 2002 expecting twins. April 3, 2002, Margo and Patrick were born. They lived as a family of 5 until 2008 when they added a new member of the family, their dog, Oakley.

Wayne was a loving and dedicated husband, father, son, uncle, brother, and friend. He loved spending time with his immediate and extended family; they meant the world to him. He also enjoyed golfing, skiing, biking (bought Lovey an electric bike to keep up with him), and vacationing with his family and friends. All he needed to have a good time was a Stella or a margarita in his hand, the Allman Brothers Band playing, and loved ones around. He was a huge fan of the New York Yankees and Giants in addition to the teams of the three universities his children attended. He frequently made the long drives to visit them at Clemson, Indiana, and Penn State to enjoy gamedays and family time.

A great listener, he truly cared about each and every conversation he had. He was looked up to and relied on by many starting at a young age and throughout his life. Always level-headed and looking out for everyone’s best interest, his wisdom and advice were always valued. Going above and beyond for his children was second nature, including building a 48-foot ice skating rink in the backyard every winter. Most of all, he was everyone’s friend, a quick-witted conversationalist, always inclusive, and wanted you to have a good time.

He is survived by his beautiful wife Mary Beth and their 3 children Jack, Margo, and Patrick; his 4 siblings, Michelle and her husband Tom Cerna, Jen and her husband Dave Foster and their two daughters Caitlyn and Keira, Jim and his wife Nicole Stefurak and their 4 children Drew, Trent, Sydney, and Kira, and Greg Stefurak and his two children, Emma and Alex.

In lieu of flowers, please send your donations to The ALS Association in remembrance of Frank Stefurak, Wayne’s father.

Share Your Memory of
Wayne
Upload Your Memory View All Memories
Be the first to upload a memory!
Share A Memory