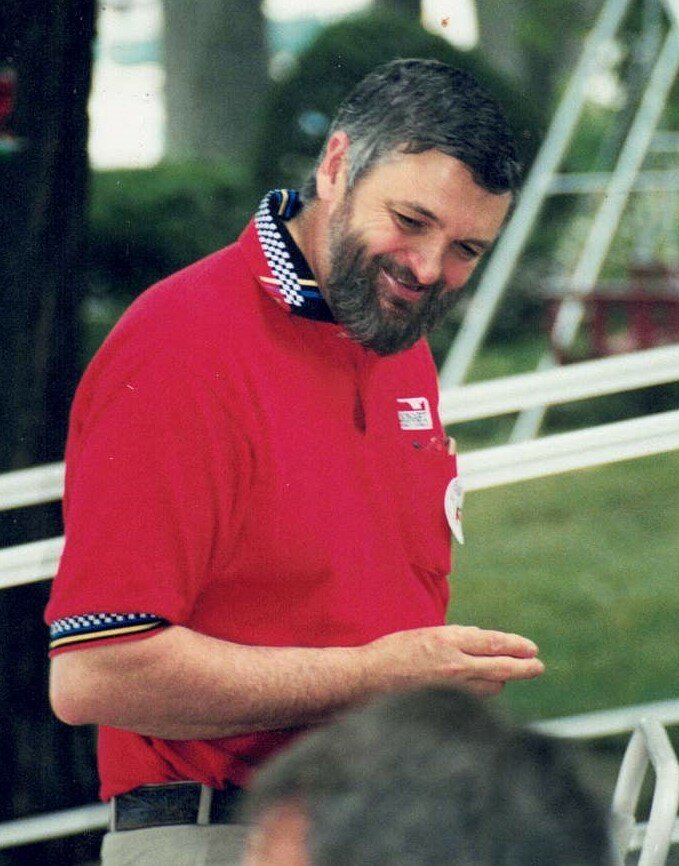 Vincent Stephen Fierro, Jr., was born in 1950, the second child of Lois Cassin Fierro and Vincent Stephen Fierro. “Steve” as he became known to family and friends, was the second of four children. His older sister Arlene predeceased him in 2019, and his younger sister Audrey predeceased him in 2021. His brother, Anthony, currently lives in Troy, NY with his wife Andrea. Steve graduated from Westhampton High School in 1968 where he played drums in the marching band and was on the gymnastics team. He studied physical education in college at SUNY Cortland where he continued to compete in gymnastics. After graduating with a Bachelor of Science degree in 1972, Steve eventually entered the Suffolk County Police Academy, graduating at the top of his class. He served as a police officer in several capacities for the next 10 years. In addition to serving his community in law enforcement, he served as a volunteer firefighter in Westhampton. In 1983, after a few years of a deepening of his Catholic faith, he relocated to NJ to join the People of Hope, a Catholic charismatic community. He served as an active member in the sound ministry for over 30 years. Steve met and married his wife, Betsy Romano, in 1985. They have two children, Joseph Stephen, born in 1992, and Margaret Yung Ae, born in 1995. He loved the ocean. He had been an avid surfer and served as a lifeguard at Westhampton Beach, NY during high school and college. He loved sailing and spent many happy hours on the water. Steve’s greatest passion in life was knowing and serving God and His Church, and loving and caring for his family.

The family kindly asks you to please consider donating in Steve's memory to his family's Go Fund Me Page to help his family with his burial costs and immediate expenses. Unfortunately, his life insurance policy was small and it does not cover all of these initial costs. Thank you & God Bless you.

Share Your Memory of
Vincent
Upload Your Memory View All Memories
Be the first to upload a memory!
Share A Memory