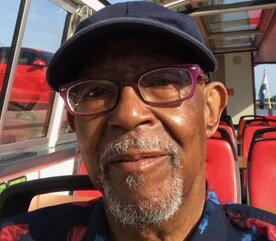 Richard Hayward Scott, 77, died Saturday, September 10, 2022, at Overlook Hospital in Summit, NJ, surrounded by the love of his family.

Richard was born on June 29, 1945, at East Orange General Hospital to Walter Lee Scott and Charlotte Elizabeth Scott; he had two brothers Bruce Scott and Donald Golden. He lived in the town of Nutley, NJ with his family where he attended both elementary and high school. Richard later graduated from Langston University in Oklahoma with his Bachelor of Arts.  He married Janice Marie Ashton in August of 1983, which resulted in them having two daughters Ashley and Lindsay Scott. Richard had a successful career working at the Essex County Division of Welfare Services for 34 years where he retired in 2008.

Richard loved to travel and attend music festivals both domestically and internationally. His international travels took him to Cuba, Amsterdam, and Spain; Richard was always down for an adventure and ready to hit the road. He was an avid lover of jazz music collecting CD's and loved to sit outside vibing to his music. Richard had the gift of gab talking to literally anyone he came across paths with and would always break out his phone or camera to show off his travels. His zest for life will truly be missed by his family and friends.

The Scott Family would like to thank everyone for their ongoing support, kind words, and encouragement during this time of loss.

Memorial donations may be made to Jazz Foundation of America.