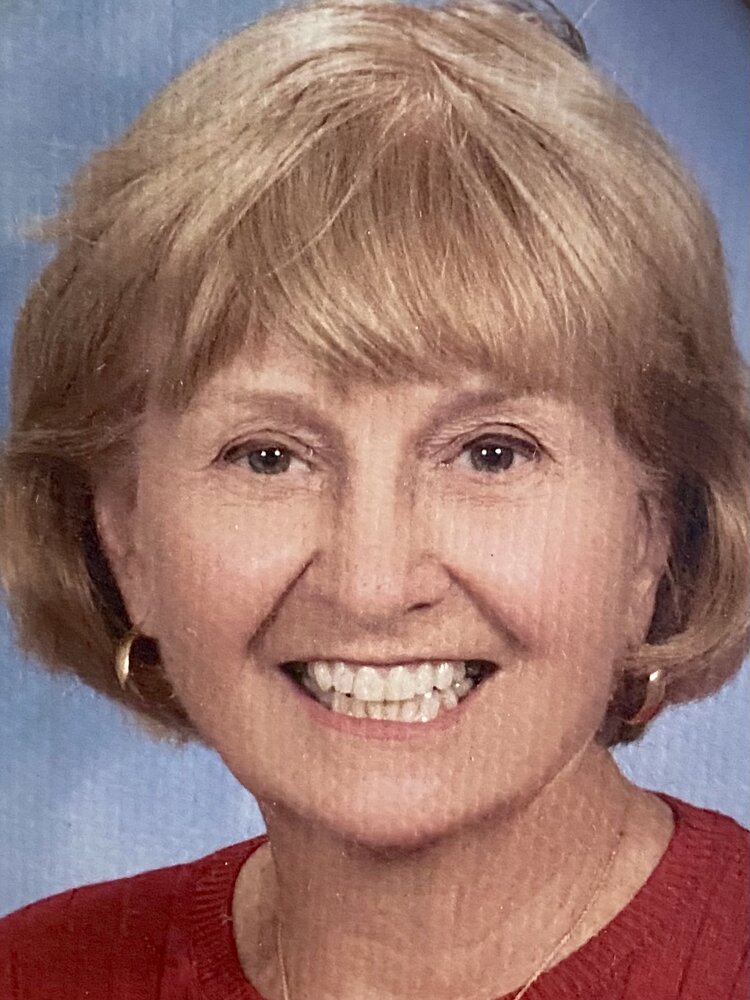 Marion Z. Cronheim (nee Zeller) of Deal and Watchung, NJ, and Stuart, FL passed away peacefully on Thursday, October 6 at her home in Stuart a few weeks after her 93rd birthday.  She was holding her husband Bob’s hand. They were married for 70 years on July 26th this year.

Marion was born in Newark in 1929, the daughter of Fred and Madeline L’amoureux Zeller and younger sister of Robert Zeller. She soon moved to Deal, NJ with her family.

Marion went to grammar school at Holy Spirit in Asbury Park and to Asbury Park High School, where she excelled in and out of the classroom.  She graduated first in her class of 400 in 1947 and was the editor of the school newspaper, The Megaphone.  Always competitive, she played on the basketball team as well.  The one race she purposely threw was the award for “most studious.”  She voted for the other candidate and lost by one vote.

It was during high school that Marion met the love of her life, Robert Cronheim.  They were playing baseball behind Bob’s parents’ house on Ocean Avenue in Deal.  As Mom told it, she was playing first base and Dad was on second.

In her senior year, unbeknownst to anyone, Marion entered a national essay contest for a college scholarship -- and won.  She made up the rest of the fees by working six days per week at the dining hall. Marion was a proud 1951 graduate and long-time supporter of Douglass College, where she majored in English and lived in the German House for three years.

Throughout college, Bob and Marion continued to date.  After graduating, Marion taught middle school English for a year.  She and Bob married in 1952 at St. Mary’s Roman Catholic Church in Deal while Bob was in the Air Force during the Korean War.

As a young couple, they built their first house in 1956 in Deal, where they began raising their four children.  Marion lived there at first full-time and then summers for the rest of her life.

Marion believed education was incredibly important.  As an avid reader, she was a lifelong learner.  Raising her kids in Deal, Short Hills, and Watchung, Marion was always an enthusiastic presence at sporting events, plays, and concerts and a reliable volunteer at Deal School, Newark Academy in Livingston, and Kent Place in Summit.  Her connection to Kent Place led to a notable trip to China shortly after it was opened to western visitors.  During this time, she also served on the board of the New Jersey Symphony and worked on various local political campaigns.

Not content to sit on the sidelines, Marion enjoyed many sports, including tennis and especially golf, which she played at Deal Golf Club, Essex County Country Club, Watchung Valley Golf Club, and Mariner Sands Country Club.  Marion always got great pleasure out of hitting a particularly good shot at the net or sinking a long putt.  She was just as avid – and vocal – a fan, particularly of Giants and Princeton football.

Despite her fear of heights, she took up skiing for her children and “enjoyed” many trips with them.  She was always game for a walk, a hike, or a swim in the ocean. While her family was her “happy place,” before cell phones she hung a double-sided tag emblazoned with a cartoon frog that let her family know where to find her: “gone to the beach” or “off golfing."

Marion was an adventurous spirit and loved to travel.  She and Bob played golf all around the world together, most memorably in Ireland and even Deal, England.  Her kids and grandkids noted that she was an early golf teacher, cheerfully teeing it up with them when they were hard-to-play-with beginners.  The grandchildren also appreciated that Grandma always wanted to make things fun, fondly recalling her festive, themed holiday dressing – particularly her July 4th flag belt and hat.

While her kids were in school, Marion earned her real estate license and began a decades-long career as a property manager in Chatham at the family firm, the David Cronheim Company.  Over the years, she started to spend less time in New Jersey and more time in Florida, where her much-loved brother and sister-in-law, Bob and Fran Zeller, had moved nearby.

Generous, kind, and energetic, Marion was also blessed near the end of her life with five adored great-grandchildren, Caroline, Cricket, Alice, Fritz, and Leo.  She is also survived by her cherished nieces and nephews and their families: Annette Sims, Pam Sampson, Libby, and Benjy Benton, Sarah Sampson, Ann Zeller, Ruth Heiser, and her goddaughter, Bobbi Coffey, the daughter of her late childhood friend, June Mullins Coffey.  In addition, she leaves many friends down the shore, in Watchung, and in Florida.

The family wishes to extend special love and thanks to Aida Solano, Marion’s dear companion for these past 10 years. When macular degeneration began to rob Mom of her sight, Aida – who had filled the same role for Marion’s mother years earlier -- became her eyes -- driving, cooking, and allowing “her lady” to continue to have a high quality of life right up until the end.

The Cronheim Family will be celebrating Marion’s life with a Funeral Mass at St. Mary’s-Stony Hill Church, 225 Mountain Boulevard, Watchung on Thursday, October 20 at 10:00 a.m. A celebratory repast will follow.

Share Your Memory of
Marion
Upload Your Memory View All Memories
Be the first to upload a memory!
Share A Memory