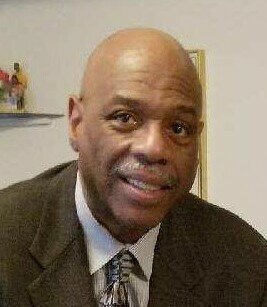 A Celebration of Life

Roger E. Gaither was born in Plainfield, NJ on December 29, 1953.  Roger entered eternal life unexpectantly on November 7, 2022.  The sixth child of Lucille and David Gaither, he was a very mature child, walking at 9 months old.  He wanted to keep up with his older siblings and never be “left behind”.  Roger attended school through the Plainfield school system and graduated from Plainfield High School in 1971.  He then enrolled and attended Rutgers University for a short period of time.

Roger had many different jobs in his early years, but after recovering from alcohol and drug abuse found his true vocation.  Roger had the “gift to gab” and always had advice to give to his friends and family.  Realizing he could help men and women in abusive situations, he then became a counselor for the Dudley House in Plainfield.  After getting certified, he worked for the City of Plainfield as a drug and alcohol counselor for several years, gaining many friends and acquaintances. Roger loved jazz and had an impressive jazz collection of vinyl albums.  He also played the guitar and “dabbled” in playing the saxophone.

Roger is proceeded in death by his parents, his sister, Doris (Davida), and brothers Gary and Dewey.  He leaves to celebrate his life, his sister, Patricia Ross of Dover, DE, and brother, Waverly Gaither of Plainfield.  He also will be remembered by his sister-in-law, Victoria Gaither of Columbia, SC, two nieces, five nephews, several great nieces and nephews, and a host of cousins and other relatives, and friends.  His memory will also be cherished by a special friend, Elizabeth Green.

At the request of the decedent, he will be cremated and there will be no funeral.  But a celebration of his life will be held in early 2023.

I MADE IT HOME

I just wanted to let you know I made it home.

Everything is so pretty here, so fresh, so new. I wish that

you could close your eyes so you could see it too.

Please try not to be sad for me, try to understand.

God is taking care of me…I’m in the shelter of His hands.

Here there is no sadness, and no sorrow, and no pain.

Here there is no crying, and I’ll never hurt again.

Here it is so peaceful, when all the angels sing.

I really have to go now…I’ve just got to try my wings.

PS…. I’ll be the first face you see when you get here!

Share Your Memory of
Roger
Upload Your Memory View All Memories
Be the first to upload a memory!
Share A Memory