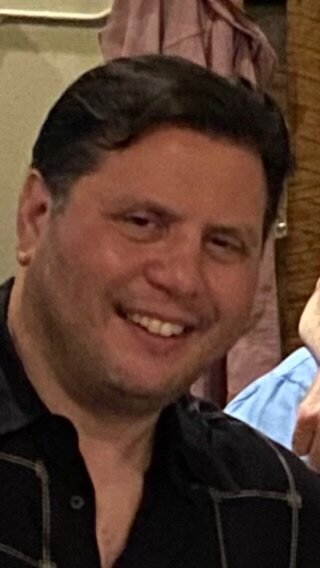 Giosofatto “Joseph” Dotro, age 52 passed away on Wednesday, November 17, 2022, at his home in Branchburg.  Born in Newark, Joe grew up in Union and resided in Millington before moving to Branchburg four years ago.

Joe is a graduate of Union High School where he was 1st team all-state linebacker and captain, earning a scholarship to Villanova University.  Joe was a four-year varsity letter winner and starter at middle linebacker for the Villanova Wildcats.

Joe also excelled at academics, earning his bachelor’s degree in Business in 1992.

Joe was a loyal and dedicated employee, working through the ranks at New Jersey Manufacturers Insurance Group in Trenton.  He began his 25+ year career in workers' compensation claims and other roles of increasing responsibility, ultimately, he became Vice President working directly under the CEO.  Most may not have known about his achievements, due to his humble nature.

When not at work, Joe’s main passion was football.  He was a volunteer youth football coach for over twenty years in Union and Kenilworth.  Some of Joe’s players even went on to play for the NFL.  His greatest joy in coaching though was being able to coach his son Michael for six years, for who he was incredibly proud of.

Mostly, Joe loved spending time with his family and enjoyed many Sunday dinners with eggplant parmigiana and meatballs.  He was known by those who knew him best, to be caring and always willing to help others. The one word that best described the way he lived his life is “respect”, he took great detail to treat everyone at all times well and had an unwavering love for all.  He was “old school” and always did the right thing. Joe will be missed by everyone who knew and loved him.

He is survived by his loving wife Nancy Dotro and her daughters Celise and Ciera Fabio; his son Michael Dotro; his parents Michael and Maria Dotro; his brother Anthony Dotro and his children Nicholas and Daniel Dotro.  He loved his Aunt’s, Uncle’s and cousins, and his extended family in Italy, Australia, and Argentina, and many loving friends.

A visitation will be held on Sunday, November 20, 2022, from 1 to 6 pm at Higgins Home for Funerals 752 Mountain Blvd., Watchung NJ 07069.  A funeral mass will be held on Monday at 10 am at St. Vincent DePaul’s RC Church in Stirling, with the entombment to follow at Hollywood Memorial Park in Union.  The family requests memorial donations in his loving memory in lieu of flowers to the Pancreatic Cancer Action Network at pancan.org.

Share Your Memory of
Giosofatto
Upload Your Memory View All Memories
Be the first to upload a memory!
Share A Memory