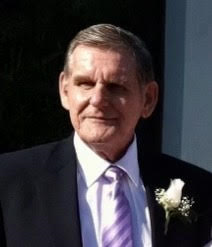 On Thursday, November 17, 2022, Paul V. Galkoski, beloved husband of 56 years to Virginia "Ginny" Galkoski, died peacefully in his home in Watchung, New Jersey surrounded by his family. He was born on May 26, 1937, in Jersey City, New Jersey to Wanda and Joseph Galkoski. He was the loving father of June (Edwin) Hoffman, Lynn Galkoski, Jennifer (Edward) Zatorski, and Michael (Kristin Dwyer) Galkoski. He was a devoted grandfather to Eddie, Addison, and Rowan Hoffman, Jack Benzacken, Paul and Lucas Zatorski and Catherine (CC), and Michael Galkoski. He was the loving brother to Valerie (Robert) Lish. He is also survived by his many wonderful nieces and nephews, other family, and friends. He was preceded in death by his loving parents, sister Leona (Raymond) Fox, brother Joseph Carl (Violet) Galkoski, and grandson Allen Benzacken.

Paul was truly a wonderful and generous man, a kind soul, and a true gentleman with a quick wit and a sense of humor. He proudly served in the United States Army from 1961-1963 as a military police officer and later in the reserves. Paul was a talented artist and successful entrepreneur for over thirty years as owner of Paul Galkoski & Associates, a graphic design firm. One of Paul's clients was the Somerset Patriots, a minor league baseball team, and he was especially proud of designing their promotional calendars that remain in circulation today as well as many other original designs. He was a talented athlete and was a star third baseman and tight end for the baseball and football teams of St. Peter the Apostle High School in New Brunswick, New Jersey. He played baseball in the Army and other minor leagues and was invited to try out for the Chicago White Sox. He was a lifelong devoted fan of his beloved New York Yankees and was an avid fisherman. But most of all he loved spending time with his family and friends.

In lieu of flowers, donations may be made in Paul's memory to Little League Baseball through littleleague.org for his love of the game and coaching baseball, or to New Jersey Audubon Cape May Bird Conservatory through njaudubon.org. for his love of birds and the Jersey Shore.