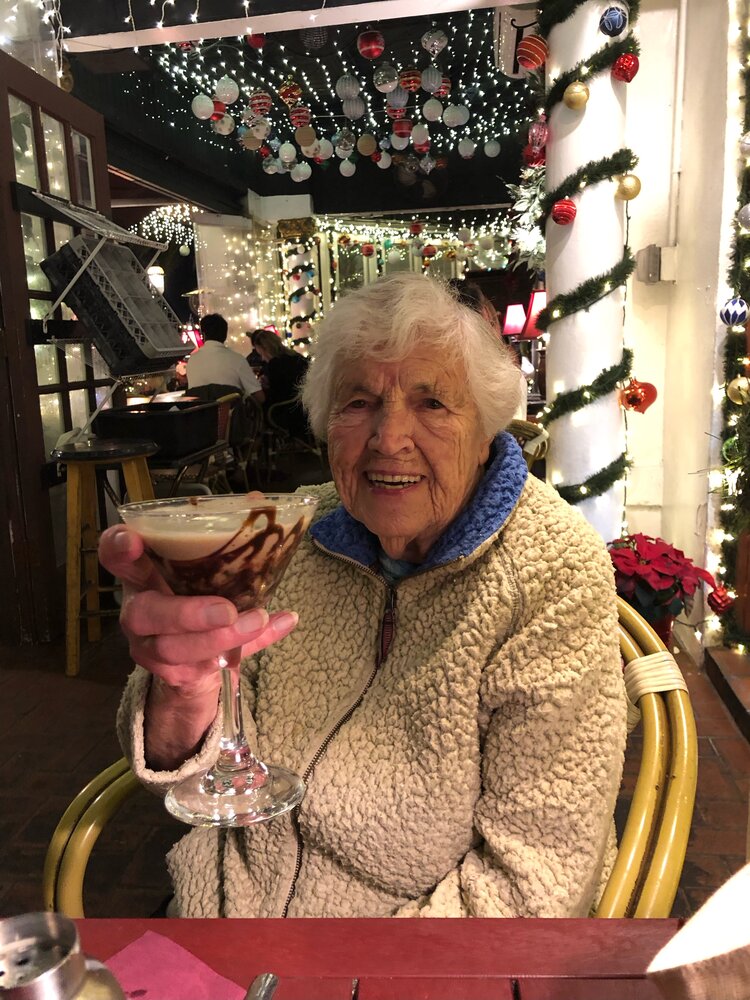 Agnes (Billie) Grace Brazill, passed away on Monday, November 28th, 2022, in Morristown, New Jersey. Billie, the youngest of four girls, was born and raised in Indiana. She met her devoted husband, Edward (Burt), at a school dance while he was in the service and stationed in Seymour; Billie’s hometown. After marrying, she and Burt lived in Geneva, New York, and Paramus, New Jersey, and in 1957 they eventually settled down in Greenbrook, NJ. Billie and her family spent summers at their home in Long Beach Island, New Jersey, and 20 years ago they decided to make LBI their permanent residence.

Billie was a former member of St. John’s RC Church in Dunellen, St. Mary’s Stony Hill in Watchung, as well as St. Francis of Assisi RC Church in Brant Beach. Billie was a professional bookkeeper and a seamstress before becoming a full-time homemaker, raising her eight children; however, she never stopped sewing. She made fantastic Halloween costumes for her children and grandchildren each year, and costumes for many schools plays as well. She loved traveling, visiting historic sites and famous landmarks; often dragging her children along. She enjoyed tennis, gardening, reading, and spending time at the beach. She also loved a good party; especially with her family and she was usually the last to leave.

Funeral services are private. A memorial service will be scheduled at a later date.

In lieu of flowers, please contribute to Billie’s favorite charity, Pass it Along.

Donations can be made at  www.passitalong.org.

Share Your Memory of
Agnes
Upload Your Memory View All Memories
Be the first to upload a memory!
Share A Memory