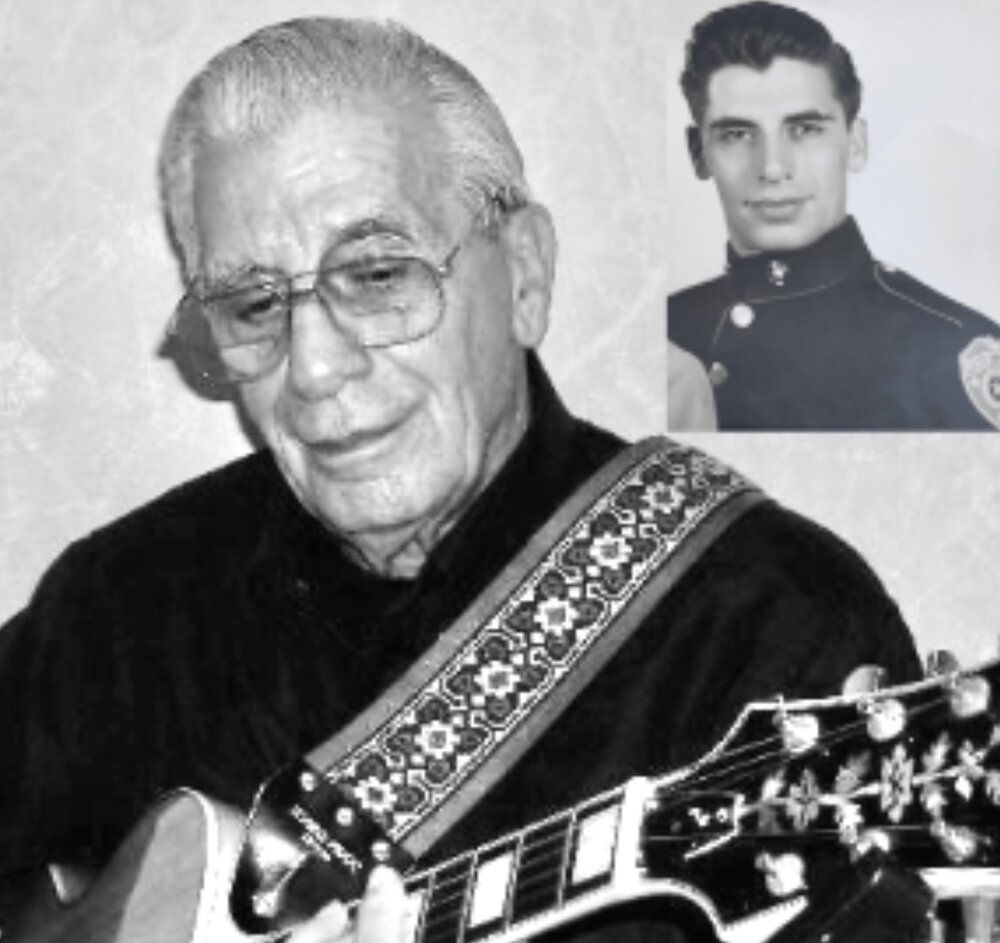 Born in Raritan, NJ on June 10, 1929, Joe was the son of Nazzarena and Joseph Bonini and youngest of six siblings (Ada, Divina, Pete, Annie, Barbara, Mary, and two babies). He ultimately called Plainfield, NJ his home for many years

The importance of work was ingrained in Joe at an early age. Before he was ten years old, he already had a job at his uncle's butcher shop to help provide for his family. Later, he joined his Dad in the family painting business. After graduating from North Plainfield High School, he met the love of his life, Mari. He served in the US Marine Corps and achieved the rank of sergeant at MCAS El Toro, Orange County, California. He was proud to serve his country.  Mari drove across the country to meet Joe in Santa Ana where they married. They claimed their private beach together in Orange County, which is where we imagine they are today, enjoying a beautiful sunset together.

Joe and Mari returned to NJ together after his military service and raised six children together. While building their family, Joe attended night school and became an electrical engineer. As an engineer, he was awarded patents, including one for an audio device used by the military. Post-engineering, he pursued a career in insurance, where he worked for 30 years, retiring as a sales leader at the age of 75.

Joe was an achiever who was dedicated to his family.  He was determined to be the best he could be at whatever he did, and that translated to all areas of his life. He was the family chef and prepared the best meals. We will always remember the aroma and taste of his signature sauce.  He was a guitarist since a young age and honed his skills throughout his life.  He played at musical venues, in orchestras, each Sunday as the musical director at St Bernard's church and at family gatherings. He shared this talent with those around him, whether as a guitar teacher, or just sitting next to someone who wanted to learn. He was very active; he loved to ski, play tennis and took up ice skating at a later age. He was also very creative with his carpentry, and mastered that craft as well. He was funny, and could tell a joke or a funny story with a straight face, always leaving his audience in laughter. We will miss the limericks.  He had tremendous character and was loyal (a diehard Mets and Rutgers fan), strong, persistent, motivating, kind, determined and positive and his friends were like family to him. The list goes on and on.

Joe is survived by his three daughters Susan Smith, Anne McGlynn, Mari Culleny, two sons Peter and Billy Bonini and his sister Ada Bodner. He was met in heaven by his beloved Mari, his eldest son Bruce, his Mom and Dad and brother and sisters. He has fifteen grandchildren and fifteen great-grandchildren.

As we reflect on Joe's life, words cannot express the incredible human being he was. He was a jack of all trades and master of all, but most of all, he was our Dad, PopPop, brother, uncle and friend. He was loved by many and will be missed by all of his family and friends.

In lieu of flowers please make a donation to the Red Cross of America. Services will be shared soon.