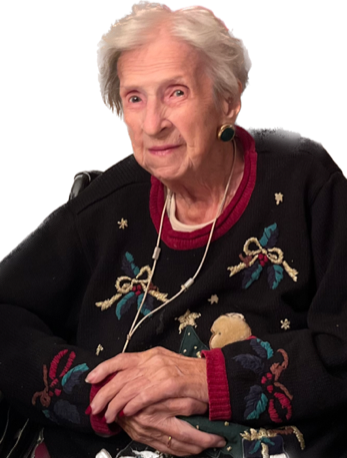 Josephine Margaret Fitzsimmons, age 103, passed away on Monday, January 2, 2023, at her home in Warren, NJ, surrounded by her loving family. She was born in Oriental, NC, and raised with her 7 siblings in New Bern, NC, the proud home of Pepsi-Cola,

Josephine moved to New York City around 1950, after she was married. She later moved to Fords, NJ, in 1956, where she raised her family and resided there until the late 1980s before moving to Iselin. Finally, in 2017, Josephine moved to Warren.

Early in her life, she enjoyed working with ceramics and loved music. In her later years, she learned to appreciate art. She was an avid reader and a founding member of the American Irish Association of Woodbridge, but most of all, she loved spending time with her family and caring friends.

She is predeceased by her seven siblings, Trudy, Rita, Gail, Connie, Michael, John, and Mildred.

Memorial donations may be made in her loving memory to St. Jude’s Children's Research Hospital.

Share Your Memory of
Josephine
Upload Your Memory View All Memories
Be the first to upload a memory!
Share A Memory