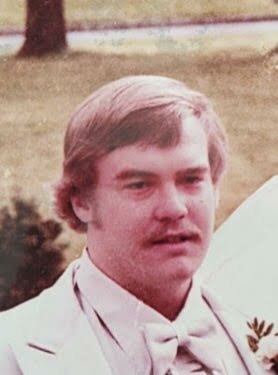 Once a Marine, Always a Marine

Thomas Douglas Drum, Jr. passed away on Saturday, January 7, 2023, at New Jersey Veterans Memorial Home Menlo Park in Edison, NJ.  Thomas was born and raised in Elizabeth, resided in Scotch Plains, and was a resident of Edison for the past 23 years.

Thomas graduated from Roselle Catholic High School in 1975, and after graduating, he enlisted in the US Marine Corps.  He served his country proudly from 1977 to 1981, when he was honorably discharged, achieving the rank of Sergeant.  Thomas went on to further his education at Seton Hall University, earning his bachelor’s degree in business and a master’s in taxation.

He was a member of Immaculate Heart of Mary Church in Scotch Plains.

Thomas was a history buff who enjoyed exploring his Celtic roots.  He was proud of his service in the US Marine Corps.

He is predeceased by his parents, Douglas and Nancy Drum, and his brother James Drum.

Thomas is survived by his siblings, Mary “Teri” Crawford, Daniel Drum, and his companion, Kim, and Michael Drum and his wife Joanne, his brother-in-law, Jack Crawford, his life-long devoted friend Bruce Zatkow and his nieces and nephews; Jarret, Ryan, Breanne, Eden, Marissa, Aileen, Sarah, and Grace.

Share Your Memory of
Thomas
Upload Your Memory View All Memories
Be the first to upload a memory!
Share A Memory