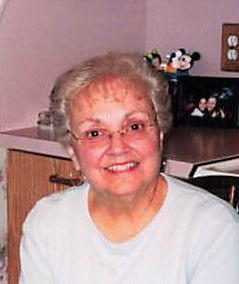 Gloria Cernuto, age 92, passed away on Tuesday, January 24, 2023, at JFK Medical Center in Edison, NJ.  Mrs. Cernuto was born in Plainfield, NJ, and was a lifelong resident of North Plainfield, NJ.

Mrs. Cernuto was a secretary at East End School until 1992.  She then worked as an instructional paraprofessional at East End and Somerset Schools until her retirement in 2012.

She was a long-time communicant of St. Joseph Roman Catholic Church in North Plainfield, NJ.

Mrs. Cernuto will be remembered for her great sense of style, always being dressed up whenever she would leave the house. She enjoyed sewing, cooking, having lunch with friends, and cleaning her son’s house.  She also loved to spend time with her friends and family, especially her grandchildren and great-grandchildren.

Mrs. Cernuto is predeceased by her loving husband, Nicholas T Cernuto, in 2013.

In lieu of flowers, memorial donations may be made to St. Jude Children’s Research Hospital in Mrs. Cernuto’s loving name.

Share Your Memory of
Gloria
Upload Your Memory View All Memories
Be the first to upload a memory!
Share A Memory