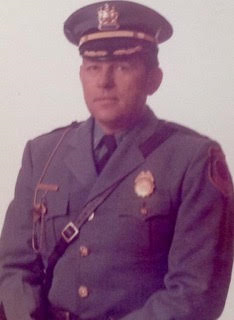 Leonard Visotski, age 88, passed away on Friday, September 6, 2019 at Morristown Memorial Hospital in Morristown, N.J. Leonard was born in Throop, PA, resided in Warren for 23 years before moving to Basking Ridge 26 years ago.

Leonard served in the US Navy during the Korean Conflict as a radar operator aboard the USS Oriskany. Upon separating from the Navy, he became a police officer in Hillside, NJ, and rose to the rank of Captain. Leonard served as the commander of the Union County Tactical Police force during the race riots of the 1960’s. In 1972 he started the Warren Police Department and served as the first Chief of Police.

He was active in community organizations and was in both the Jaycees and the Lions Club, even serving as the chairman of Expo Warren for several years. His family was recognized as the New Jersey Family of The Year in 1978, the only time that honor was ever bestowed.

He was an active communicant of Our Lady of The Mount Catholic Church, serving as a long-time usher and president of the Pastoral Council. He was a charter member of Knights of Columbus Fr. James Russel Council #11409.

Share Your Memory of
Leonard
Upload Your Memory View All Memories
Be the first to upload a memory!
Share A Memory
Send Flowers