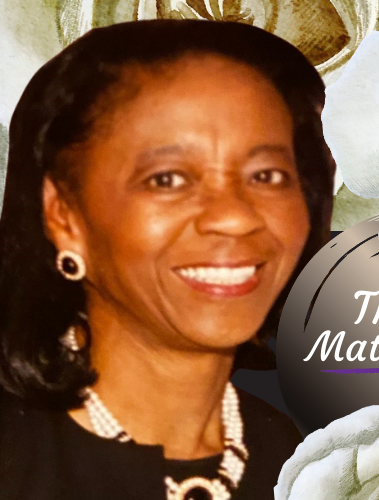 Due to the ongoing covid-19 pandemic and government regulations, Mary's funeral services will be held privately. A live stream of the service may be viewed on Saturday 2/27/2021 at 3:00 pm at https://www.hdezwebcast.com/ show/mary-wilson

Mary Magiline Wilson, age 79, passed away peacefully at her home on Wednesday, February 17, 2021. Although She was born in Cambridge, Maryland, and raised in Church Creek, Maryland, Mary has spent most of her life in Plainfield.

Prior to her retirement in 2006, Mary had worked for CVS in South Plainfield as a store manager for over 40 years.

Mary had a love for cooking, music, and singing. Often, Mary would combine these passions; she could be found regularly in the kitchen preparing family meals while singing and playing records and later CDs, a sight the family will not soon forget. She also enjoyed shopping both in-person and newly discovered online shopping. Most of all, Mary loved animals, especially her cats.

Mary is predeceased by her loving husband Shelton Wilson in 2010, her son Terry in 2017, and three siblings Eunice Felder, Vincent Dixon, and John Dixon.

Donations may be made in Mary's loving memory to a local animal shelter.

Due to the ongoing covid-19 pandemic and government regulations, Mary's funeral services will be held privately. A Live Stream of the service may be viewed on Saturday 2/27/2021 at 3:00 pm at Live Stream Funeral service.

Share Your Memory of
Mary
Upload Your Memory View All Memories
Be the first to upload a memory!