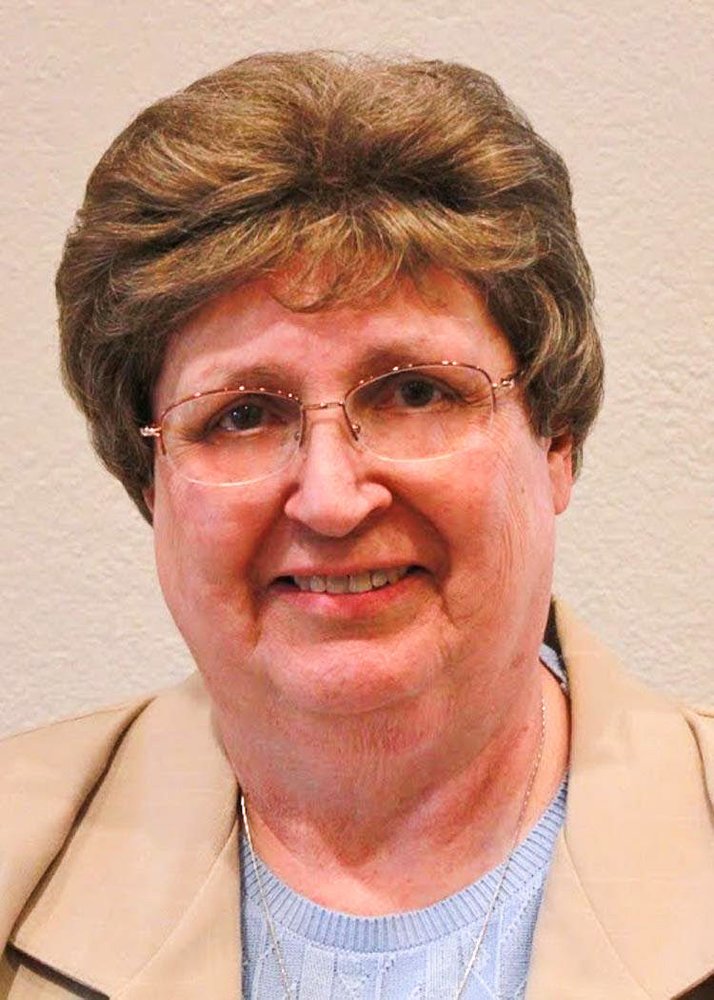 She was born on Christmas Day in Trenton, New Jersey, the third child and second daughter of John and Pauline Veldof. She attended St. Anthony School and Cathedral High School and, even as a child, dreamed of becoming something bigger than herself. She was impressed with the dedication and joy she saw in the sisters who taught her, and they became significant role models. She entered the Sisters of Mercy after graduation and grew into religious life under the welcome influence of Vatican II.

She looked forward to teaching and pursued degrees in history from Georgian Court College, now University, and from the University of Dayton, OH, and a degree in administration from Rider University in New Jersey.

Her early assignments were to elementary schools in South Plainfield, Sayreville, and North Plainfield. In 1971 she was appointed principal at St. James School in Red Bank. Then, she was asked to be Assistant Superintendent for Instruction and Curriculum in Social Concerns for the Diocese of Trenton and assistant Coordinator for the Bicentennial of the Diocese of Paterson. In 1981, she assumed the role of principal at Sacred Heart School in South Plainfield, then directress, at St. Mary Academy in Lakewood and, in 1991, principal at St. Dominic School in Brick. Her next assignment took her to Florida where,

over a period of six years, she was principal at St. Brendan School in Ormond Beach and principal at Father Lopez Catholic High School in Daytona Beach. Returning north to Maryland, she served as principal at St. Francis de Sales School in Salisbury and, back in New Jersey, as supervisor of the IDEIA-B Services with the Monmouth-Ocean County Educational Services Commission.

Always attentive to better methods and teaching skills, she traveled to Russia and Lithuania as part of a Catholic education delegation and applied what she had learned in the various schools in which she served over so many years. As a high school student, she had asked herself, ‘Where does God want me to be?’ She found herself again and again in roles and places she never anticipated but where she knew God always intended her to be.

She is survived by her brothers, John, David, Michael and Christopher, many nieces and nephews, and Sisters of Mercy.

Share Your Memory of
Sr. Mary
Upload Your Memory View All Memories
Be the first to upload a memory!