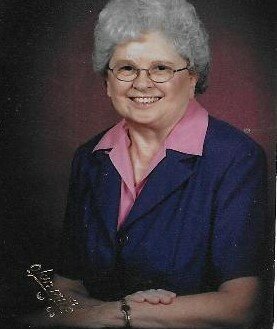 The Missionary Sisters of the Immaculate Conception mourn the loss of their Sister Joan Reisch, SMIC, who died peacefully on August 20, 2021 at the age of 88 in Edison, NJ.

Sister Joan was born in Jersey City, New Jersey, on April 6, 1933 to Albert and Anne Reisch.  She is survived by her brother Albert.

Sister Joan entered the Missionary Sisters of the Immaculate Conception of the Mother of God in 1956 in West Paterson, NJ.  She attended Tombrock College in New Jersey, the Incarnate Word College in San Antonio, earning a B.S. in Nursing, and the University of Texas, where she received a M.S. in Nursing, specializing in Surgical and Psychiatric Nursing.

Sister Joan’s lifelong missionary work was devoted to psychiatric nursing and teaching, serving as staff nurse, clinical psychiatric nurse, supervisor, director of nurses, and assistant professor.  She was associated to St. Joseph’s Hospital in Paterson, Holy Cross Hospital, Austin State Hospital, and the University of Texas.  She also served one term as Provincial Coordinator.  She retired in 2000.

Sister Joan received the Teaching Excellence Award from the University of Texas and the Lumen Gentium Award from the Diocese of Austin for her outstanding pastoral work ranging from end-of-life issues to homelessness.

Sister Joan’s Funeral Liturgy will be at 10:15 AM at St. Bonaventure Church in Paterson, New Jersey on August 27. 2021.Interment will follow in the cemetery of the Missionary Sisters on Rifle Camp Road, Woodland Park, New Jersey.

All are welcome to attend and celebrate Sister Joan’s life.

Condolences can be sent to: smic@optonline.net

In lieu of flowers, please send donations to:

Share Your Memory of
Sr. Joan
Upload Your Memory View All Memories
Be the first to upload a memory!
Share A Memory