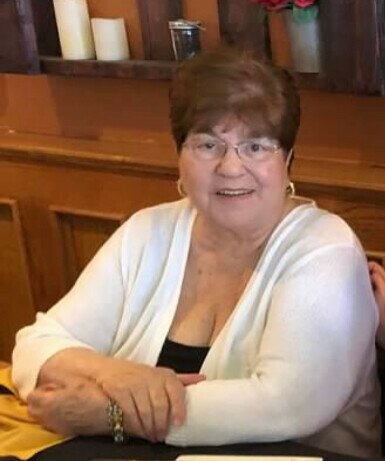 Phyllis L. Lange, age 79, née Schoenbaum, passed away on Friday, September 24, 2021 at RWJ Somerset. She was born in Plainfield, NJ, and raised in North Plainfield, NJ. She was a resident of Bridgewater since 2005.

Phyllis was a high school graduate of North Plainfield High School, Class of 1960.

While her children were growing up, Phyllis worked annually at the local election polls, spent time on the North Plainfield Rescue Squad Ladies Auxiliary, and in recent years volunteered with Friends of Somerset Regional Animal Shelter.

Phyllis was never at a loss for words, jokes, or sarcasm, all traits which her children have inherited.  She always had a laugh or a funny story about her years growing up in North Plainfield to share with friends and strangers alike.

Over the years, Phyllis and Bob shared their love of nature during many trips to New England where they enjoyed the outdoors, visited their favorite restaurant in Vermont, and went antique shopping.  Her affinity for animals was obvious by the number of cats they had over the years, both indoors and strays outdoors.  Phyllis was known to feed stray cats, deer, and even turkeys on her property.  Her most recent cat, a Maine Coon named Marcus, was her companion for the last 10 years.

She is survived by her loving four children: Susan Lange and her husband Aziz Darouichi, Robert Walter Lange, Jr. and his wife Kelly, Colleen Lange, and Karin Lange; and her four cherished grandchildren: Noura, Khalil, Steven, and Alex. She is also survived by her three siblings: Pierre Schoenbaum, Diane Kitson, and André Schoenbaum.

Donations in memory of Phyllis can be made to Friends of Somerset Regional Animal Shelter via http://m.Facebook.com/FOSRAS/ or at www.FOSRAS.com/donate.

Share Your Memory of
Phyllis
Upload Your Memory View All Memories
Be the first to upload a memory!
Share A Memory