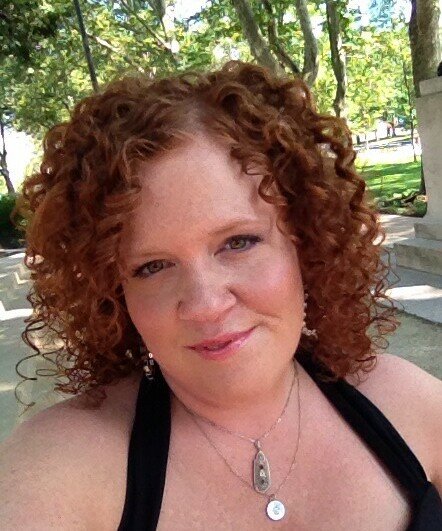 Melissa Margaret Craden-Elhenoud, age 51, passed away on Saturday, November 6, 2021, in Woodbridge NJ. Born in Livingston, Melissa grew up in Maplewood and moved to Scotch Plains in 1985.  She graduated from Scotch Plains-Fanwood High School in 1988 and went on to study communications and advertising, receiving her bachelor’s degree from Glassboro State University in 1992.

After college, she moved to New York City and began her career working in advertising.  After several years, she decided to pursue a career that was much closer to her heart, as a dog groomer.   In 2002, she moved back to New Jersey to start her own business, a mobile pet grooming salon, Grooming by Melissa, which she has run for the past 20 years.

Melissa, had a deep love for animals of all shapes and sizes.  She would volunteer every Friday at an animal sanctuary, Goats of Anarchy, in Hunterdon County. She was an avid shopper and loved all things retro, especially the 1980s and her beloved “Golden Girls”.

Melissa will be remembered for her red curly hair, her fun-loving vivacious, bubbly personality, and for her kind and generous heart.

Melissa is survived by her husband Marwan Elhenoud, her parents Robert David and Karen Margaret Craden; a sister Heather Wilson and her husband Adam, their daughter Emery; two aunts Janet Zorsky and her husband Peter,Janet Sammarco, and two cousins, Lisa Moretti and Lori Bachman and her husband Andy, and their two children Julia and Justin.  She also leaves behind her three fur babies, Jophie, Lionel and Dixie.

In remembrance of Melissa’s life, the family asks that any charitable donations be made to the ASPCA.

A visitation will be held on Friday, November 12, 2021 from 4 to 8 pm at Higgins Home for Funerals 752 Mountain Blvd. Watchung NJ 07069. A funeral mass will be held on Saturday at 10 a.m. at St. Mary’s Stony Hill RC Church in Watchung followed by the interment at St. Teresa’s Cemetery in Summit.

Share Your Memory of
Melissa
Upload Your Memory View All Memories
Be the first to upload a memory!
Share A Memory