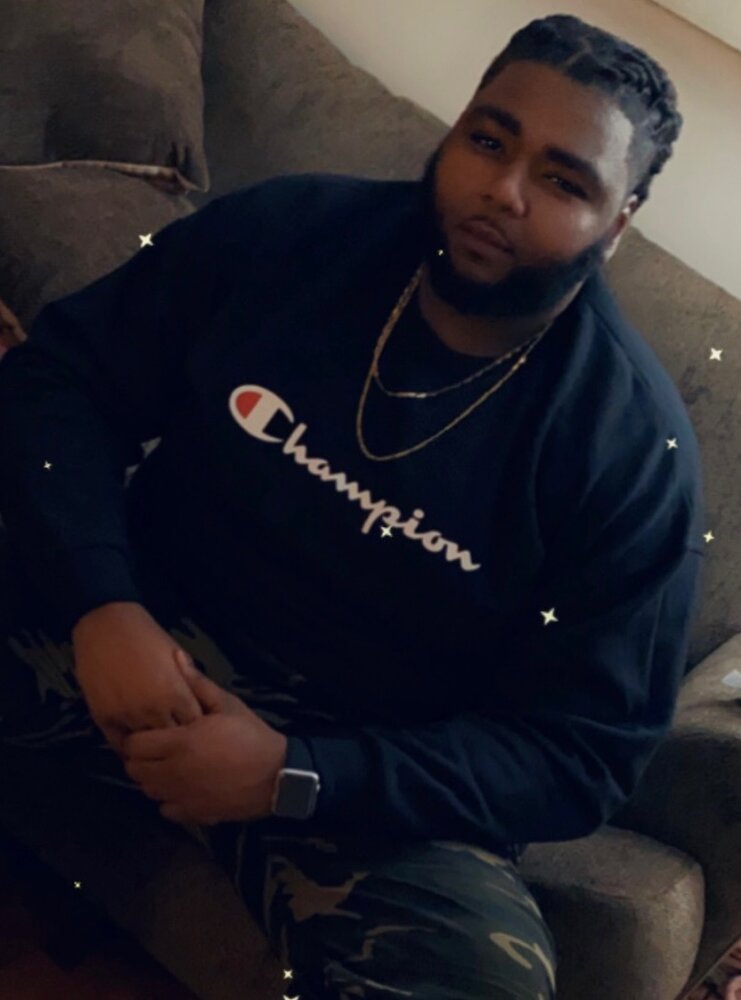 Please share a memory of Devon to include in a keepsake book for family and friends.
View Tribute Book

"A Celebration Of Life And Ascension"

Devon Johnny Walcott, 33, known to most as Dev, a.k.a "Shaq", but also nicknamed Bounce by his father, Baby Brother by his sister Krys and Deb (spelled with a B.), by his great aunt Alice, peacefully gained his wings on the 29th of January 2022, at his home where he lived with his girlfriend, Kiana George, the mother of his only child, Mia.

Dev was born in Plainfield, NJ to his mother, Joyce Rudolph, and father, Johnny Walcott, on August 1, 1988. He was his mother's only son and the youngest brother to 4 sisters. Dev spent the first few years of his childhood being raised by his father Johnny, a native of the U.S. Virgin Islands, before reuniting with his mother as a family. It was during this time he developed a love for Caribbean music and Island food. Being a part of one of the largest families in the U.S. Virgin Islands, he knew just about every Caribbean song his father played. His father worked for the city of Plainfield, as well as having political ties which allowed him to meet a number of civil servants including Mayor Rick Taylor, and former Mayor Sharon Robinson-Briggs, who was very fond of him. As a kid, he enjoyed going to "Headquarters" with his father where he would assist the politicians his dad supported, on their campaigns. Being born a lot later than his siblings gave him the opportunity to grow up with two of his nephews that are so close in age they were more like brothers. Dev was a happy kid with a good childhood and was really excited when his mom and dad took him to Disney World.

After graduating from Plainfield High School in 2007, the love and respect for Dev from many city workers and politicians including the mayors carried into adulthood when he too became a city employee. He also worked at Reddington Farms in Whitehouse Station, NJ for 5 years before Covid and was currently working at Medly Pharmacy in Somerville, NJ before his untimely ascension.

Although being an introvert, Dev loved spending time with his family. When he was 11 years old, his mother was diagnosed with breast cancer for the first time. He was there by her side and went with her to every doctor’s appointment and chemotherapy session she had. He loved music and dancing especially like Michael Jackson when he was a kid. He loved to laugh, and he had a smile that would light up any room. He enjoyed playing 2k online with family and friends and watching the NFL and NBA games. His favorite teams were the Pittsburgh Steelers and the LA Lakers. As a young adult he was a huge Shaquille O’Neal fan and equally loved playing the game, hence the nickname "Shaq". He later became a fan of Kobe Bryant. Most of his free time was spent on the basketball court, having fun with his younger nephews on the court while schooling them about the game. It was a rare occasion that you would find him not wearing a pair of Michael Jordan sneakers, his favorite being the Retro J's. He loved the kids which explains him becoming a great father to his one and only precious daughter, left to carry his namesake, looks and charm, Mia Jade Walcott, born on June 14, 2020, with his girlfriend, Kiana. Mia became the highlight of his life as he did hers displayed by her laughter when interacting with her dad. He affectionately referred to her as MJ for Mia Jade, but his favorite name for her was Toot.

Devon will always be loved and truly missed.

Share Your Memory of
Devon
Upload Your Memory View All Memories
Be the first to upload a memory!
Share A Memory