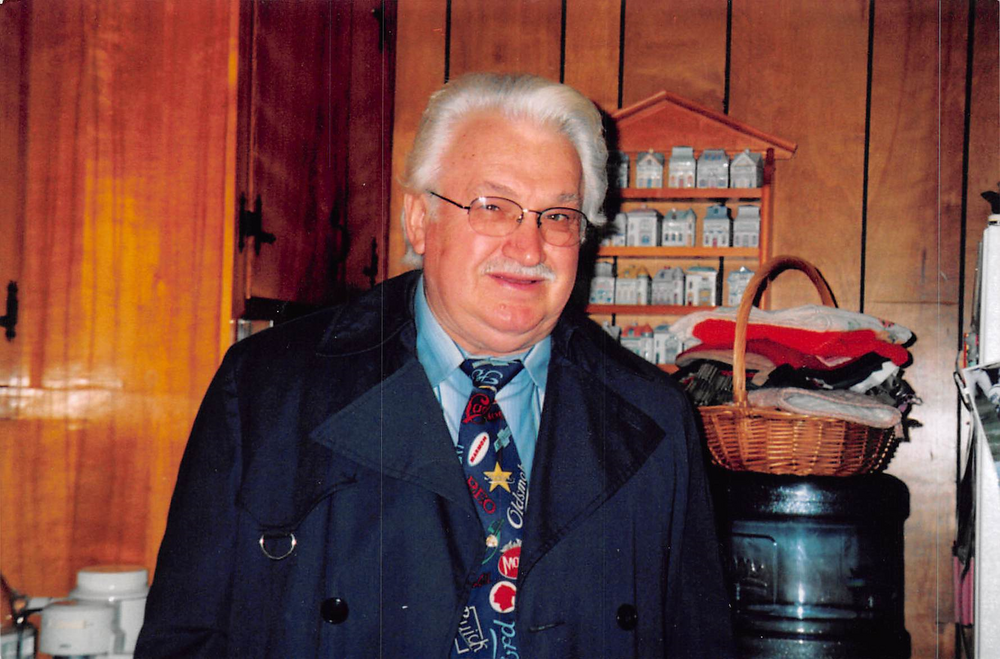 Dale Leon Peltier, age 84, passed away at his home in Whiting, NJ. Dale was born and raised in South Dakota prior to moving to New Jersey and eventually retiring to Tobyhanna, PA, in 2000. Dale is predeceased by his two older siblings, Yvonne and Jack.

Dale grew up on a dairy farm in South Dakota. When he was in his 20s, Dale moved to New Jersey for employment opportunities, where he eventually became the owner of a gas station and auto-repair business in Dunellen, NJ. He will be remembered for the love and enjoyment he had spending time with family all year long, his enthusiasm for the Pittsburg Steelers, and the frequent tinkering around with antique cars, especially his award-winning 1948 Mercury and 1954 Ford Pickup. He had a Christmas spirit that was unmatched, always dressing up like Santa Clause for his grandkids and great-grandkids, who some were convinced he was the real Santa Clause. Dale was a family man whose grandchildren will remember the times they spent walking back from pre-school to ‘The Shop’ and grabbing lunch at one of Dale’s favorite delis down the street. He and his wife Sabina took many road trips together in their camper to different parts of the country and were avid attendees of car shows throughout the NJ and PA area. Dale spent a lot of time with family, especially his son Michael who he worked alongside with at ‘The Shop’ for many years. A mechanic, a farmer, a hunter, and most importantly, a family man, Dale was passionately loved and will be missed by all of the people whose lives he played such an important role, and he will be remembered for the great and kind man he was.

Share Your Memory of
Dale
Upload Your Memory View All Memories
Be the first to upload a memory!
Share A Memory